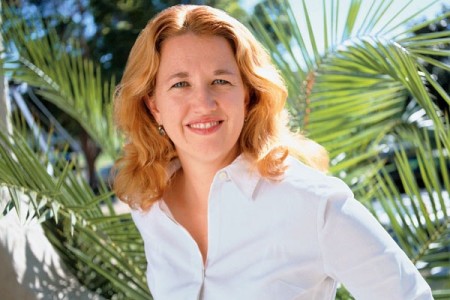 An American businesswoman, management consultant as well as an author Amelia Warren Tyagi is the co-founder and president of the placement firm, Business Talent Group. In addition, she is also the board member of Fuse Corps, the non-profit organization.

Tyagi is living a happy married life with her lovely husband, Sushil Tyagi. Likewise, she is the mother of three children. Who are her kids?

Tyagi is the eldest child of Elizabeth Warren (mother), a politician and Jim Warren (father). However, her parents divorced citing irreconcilable differences. Later, her mother tied the knot with Bruce Mann, a professor at Harvard Law School in 1980. Tyagi grew up with her brother, Alexander Warren, who is a computer specialist.

Currently, she is working as BTG's current chairperson of the Board of Directors.

Amelia Warren Tyagi is also an author. Together with her mother, she published two bestselling books, The Income Trap and All Your Worth.

Amelia Warren Tyagi is working as an active member and co-founder of HealthAllies, which is now a part of UnitedHealth Group.

Tyagi is also is the chairperson of United States-based public policy organization, Demos. Moreover, she writes on the main subjects such as the US Economy, the state of health care, and women's working rights and abilities.

The 48-year-old entrepreneur, Amelia Warren Tyagi is spending her quality time with her beloved spouse, Sushil Tyagi. The beautiful couple met first in a calculus class, and from there, their bond begins to get stronger, and still, they're keeping their relationship more valuable.

Amelia's spouse is a management consultant in Finance and Strategy for Media/Technology. He is also notable as the former film producer in India and the United States. Currently, he is the president of Berkeley Marine Robotics, a research engineering center.

The pair are blessed with three lovely children, and they first welcomed their first child, Octavia Tyagi, in 2001. Similarly, she later gave birth to a beautiful daughter, Lavinia Tyagi (born in 2005), who's now 14 years old.

Furthermore, the family of four turned to five after they share an adorable child, Atticus Mann Tyagi (born in 2010). As of now, the happy family resides in Pacific Palisades, California.

Amelia Warren Tyagi earns a lucrative salary in the range of $500 Thousand to $800 Thousand per year. She makes a fruitful income from multiple professions. Nevertheless, her foremost source of income is from the business.

Tyagi's net worth is $2 Million as of 2019. Apart from this, her husband has a whopping wealth of $1.5 Million. Currently, Tyagi is living a luxurious life relishing the combined income.

For More Updates, Keep In Touch With Married Celeb!!!