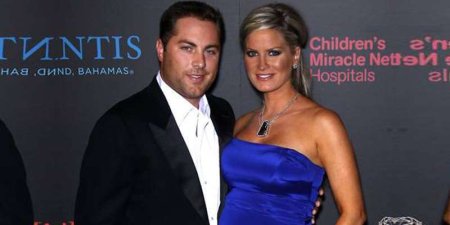 Erica Dahm is feeling the joy of life, where she met her soul mate, Jay McGraw, and miraculously fell in love. Erica and Jay got the most significant thing, which is their ability to be faithful to pursue their passion into the doors of exchanging wedding vows. So, it seems like they're really enjoying the righteousness of a marital bond.

If you don't know what to consider about the couple's profession, then we will make sure that they're pursuing their career in the field of entertainment and several fashion lines. To know more about Dahm & McGraw's personal life, then read the article till the end.

Minnesota-based model, Erica had her first interaction with Robin and Phil McGraw's older son, Jay McGraw on the set of Renovate My Family in 2004. The couple then became good friends while working as co-actors on the TV show.

Shortly the friendship turned into dating when the duo found they're meant to be. McGraw then proposed Dahm with a precious engagement ring for marriage, and she happily said, "Yes" to him.

Wedding Vows at the Beverly Hills

Dahm Triplets' sister, Erica and Jordan McGraw's brother, Jay decided to wedding plannings following their romantic engagement. They then walked down the aisle at McGraw's parents' home on 12th August 2006 in Beverly Hills.

What's more to this? The bridegroom was the best couple in their nuptial, where Erica wore a white slash neck sold lace floor-length wedding gown. Meanwhile, Jay was in a slim-fit black suit, and a white undershirt, tied up with a white tie.

After exchanging the wedding vows, the pair held a reception, inviting more than 400 wedding guests at the Beverly Hills Hotel. They also performed a beautiful dance in front of their guests and treated them with delicious treats.

Since their grand nuptial, the pair are happily living in their marital life while capturing every beautiful moment. They recently celebrated their 13th marriage anniversary on 12th August 2019.

Happy to be the Parents of Two Children

Erica and the son of Phil McGraw, Jay became the parents of two adorable children. On 18th March 2010, they welcomed their first child, a baby girl, Avery Elizabeth McGraw. Erica then gave birth to their second child, London Phillip McGraw on 31st August 2011.

On the other hand, Erica's twin sister, Nicole, and her husband, Michael Kelly welcomed their two children, Charlize Elizabeth and Channing Michael Kelly.

RoboCop: Prime Directives actress, Erica, and her marital partner, McGraw sold their Beverly Hills Post Office-area house for $6.25 Million in 2014. They bought it for $4,995,000 back in 2007, according to the Multiple Listing Service.

The couple's former contemporary Mediterranean was built in 2006, based on 6,980 square feet. Their accommodation consists of five bedrooms, six bathrooms, a cabana-covered outdoor room for guests, and a designated staircase.

If You Love To Explore More About Your Favorite Celebrities' Interesting Things - Visit Married Celeb!!!