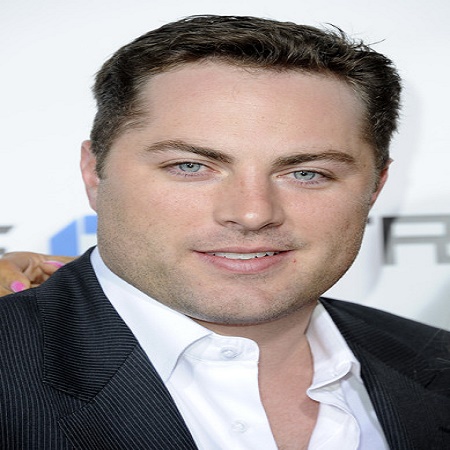 Jay McGraw is a 40 years old American writer and television executive producer who is better known as the CEO of a production house named Stage 29 Productions. As an author, he has written several books such as Life Strategies For Teens (2000), and more.

McGraw was born as Jay Phillip McGraw on September 12, 1979, in Wichita County, Texas. He is the second child of celebrity doctor, Phil McGraw, and mother, Robin McGraw. Moreover, his older sibling's name is Jordan McGraw.

On the set of Renovate My Family show, Jay McGraw, 40 and Erica Dahm, 41 met for the first time. It was love at first sight for Jay, and soon they started dating. Born on December 12, 1977, Erica is best known for starring in several TV shows and magazines, including Teen and Playboy alongside her triplet sisters Jaclyn Dahm and Nicole Dahm.

On 12th August 2006, the couple shared the wedding vows in McGraw’s family home. Only 70 close family and friends surrounded this beautiful marriage. On their special day, both the groom and bride stunned in their designer outfits.

Their reception program took place at the Beverly Hills Hotel after this wonderful wedding, attended by 400 guests, adorned with glittering crystals and lilies. About 400 guests were invited, and about the decoration Dr. Phil father of groom said,

“When I walked through that door, I’ve got to tell you, it took my breath away,” he said. “I thought it was elegant and fun … I thought this is going to be a night they will remember for the rest of their lives.”

Now, Jay and Erica have completed their 12 years of a wonderful conjugal life.

Son of celebrity doctor Dr. Phil McGraw and his actress partner Erica shared 2 adorable kids from the 12 years of wedded life. Avery Elizabeth McGraw is the firstborn baby kid of this couple who was welcomed on 18th March 2010.

On 31st August 2011, they welcomed their second bundle of happiness, a child London Philip McGraw. Now, older daughter Avery, 9 is studying at Viewpoint School of Calabasas while younger son London attends Cornerstone Preschool. Both children love to play tennis, golf, and baseball together.

After giving birth to two kids, Jay originally from Texas and Erica from Minnesota moved to Calabasas from Beverly Hills almost eight years ago. This is because the couple always wanted to raise their children in an environment that would remind them more of their childhood.

How much is Jay McGraw's Net Worth?

Jay McGraw is an American author and television producer who has a whopping net worth of 12.5 million as per celebrity net worth. On contrast, some sources claim it to be around $13 Million as of 2019. His wealth is quite more than producer and writer, Brian Balthazar and Katie Way. Likewise, he made most of his income from his contribution to Stage 29 Productions as its Chief Executive Officer and President.

Some of his publications are Closing The Gap: A Strategy for Bringing Parents and Teens Together (2001), Daily Life Strategies for Teens (2001), and Life Strategies For Teens Workbook. In 2007, McGraw featured in a reality TV show Moochers as a producer.

Moreover, the 6 feet 2 inches tall star is very much inspired by his father, Phillip Calvin McGraw, known as “Dr. Phil and also collaborated in various shows with him. Well, Phillip is an American author and TV personality who is best known as the host of the television show Dr. Phil. He acquires the net worth of $400 million as of 2019.

Jay and Erica listed his house in the Beverly Hills Post Office neighborhood for a sale of $6.25 million in the year 2014. The couple bought the house for about $5 million back in 2007.

Do not forget to click marriedceleb for more bio and gossips!!!