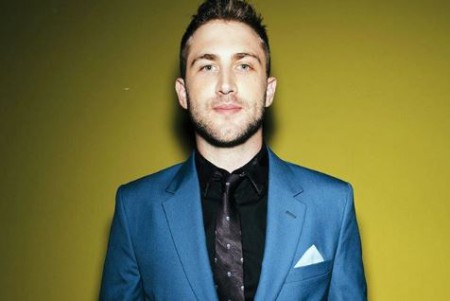 The 33-year-old, Jordan McGraw is the younger son of star couple Phil McGraw and his second wife, Robin McGraw. Jordan has an older brother named Jay McGraw, who is a writer and television producer.

Jordan, himself, is a recognizable musician and singer. Since 2015, McGraw has been working as the front-man of the band, Hundred Handed. The singer/guitarist is a renowned face among the Pop-rock music fans. Some of the celebrity kids are Kyle Wellner and Mingus Lucien Reedus.

Jordan Is Not Married But Has A Hot Girlfriend

The celebrity son, Mr. Jordan McGraw, is not married yet but have been in a few romantic relationships. He is currently dating his girlfriend, Ragan Wallake, who is an actress and a photographer.

Jordan's girlfriend, Ragan, has over eight years of experience as a professional photographer whose work ranges from live Tv and podcast sets, behind the scenes, portraiture, publicity, and brand campaigns. Additionally, she was also the official staff photographer on the Dr. Phil show for five seasons.

McGraw and his partner, Wallake, might tie their wedding knot soon, but they haven't revealed anything about their marriage. Beside

Age Gap of 10 Years But Love Is Ageless

Jordan, the musician, and his lover, Ragan, a photographer and advocate for animal rights and adoption, have a huge age gap of a decade. Jordan is 33 years old, while Ragan is 43 years old as of 2019. Their romance shows that love doesn't see the age, and also they seem to be quite happy with their relationship.

Jordan and Ragan never miss any chance to show their love for each other on social media. On July 18, 2019, Ragan shared a beautiful picture of the couple with the caption stating: "We’re getting to celebrate a lot of LOVE this summer!!."

The exact timeline of their romance is not known, but it appears that they began dating each other in mid-2018. In early 2018, Jordan just separated from his ex-girlfriend, Marissa Jack, hence he must have begun to date Ragan that year.

McGraw previously dated singer and musician Marissa Jack. She is a musician from Phoenix, Arizona. The former couple began dating around 2012 but made their relationship public in 2017.

Moreover, Jordan and his former girlfriend, Marissa, played a song together on Dr. Phil's show. Jordan's father, Phil, planned the gig as a surprise to his wife on the occasion of Valentine's Day.

As mentioned, Jordan is the younger son of Phil McGraw and his second wife, Robin McGraw. Phil, who is also known as Dr. Phil, is a television personality and author who hosts the show, Dr. Phil. Likewise, Robin is a best-selling author.

Jordan has an older brother named Jay McGraw. Phil's fame began in 1988 when he began making weekly appearances on The Oprah Winfrey Show. Phil and Robin have been together for over four decades.

Jordan McGraw has a net worth of $6 million as of 2019. The primary source of his income comes from his profession as a singer and musician.

In 2005, McGraw formed his first band called The Upside, where he was the lead vocalist and lead guitarist. From 2011-2015, he joined another group, Stars in Stereo. In 2015, McGraw launched yet another band called Hundred Handed. They performed on The Steve Harvey Show in 2016.

However, in April 2019, Jordan took his first step out as a solo artist and released a cameo-filled music video for his single, "Flexible," which was directed by Joe Jonas.

Jordan McGraw lived in a stunning Los Angeles mansion. The design of his house is inspired by Tim Burton's movies with a huge serpent fountain placed outside the property.

Moreover, Jordan lives in the mansion with his Hundred Handed bandmates Drew Langan and Matt Black. Some of the unique features of the house consist of a long bejeweled bar, a pool table, three pinball machines, and an open-air swimming pool with mini-golf.

The above article is about the American musician and guitarist, Jordan McGraw, who is the younger son of Phil McGraw. Follow marriedceleb to be familiar with your favorite star.