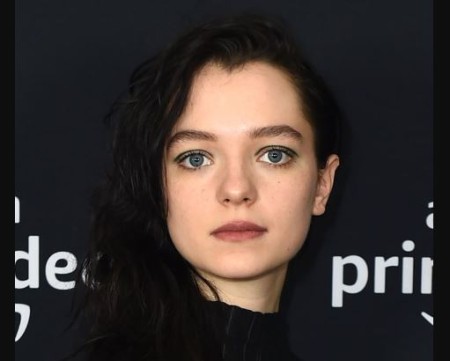 An English actress Esme Creed-Miles is known for starring in the Amazon Video series Hanna. At the age of 20, Miles has shown her acting ability through movies, Dark River, and Mister Lonely.

The TV star was born on 5 February 2000 to the actor's parents Samantha Morton (mother) and Charlie Creed-Miles (father) in  England. She studied at Bedales, an English boarding school located in Hampshire. Miles holds English citizenship and is of mixed ethnicity.

Is Esme Creed-Miles dating anyone?

The beautiful British star doesn't have a boyfriend at the moment. She is a very private person and has not revealed to the media about her love life to date. Therefore, she is believed to be single. Because of her secretive nature, there is no accurate information about her dating life.

Nevertheless, Samantha Morton’s daughter Esme Creed has not been linked with any boys in the media industry. Though it's also possible that with her secret boyfriend, she might live the days of her life, she doesn't want to share with the public.

On the other hand, her dad and mother had the initial interaction on the film set The Last Yellow. But their love relationship never turns into marital life. They were together for one year only from 1999 to 2000.

After break up with Charlie Creed, the actress Samatha started dating a filmmaker Harry Holm, son of actor Ian Holm. The lovebirds first met while filming a music video for the band Vitamins in 2007. From their relationship, Harry and Samantha share two children named Edie (b: 4 January 2008) and Theodore (b: in 2014).

The 5 feet 5 inches tall actress began her acting career by playing the role of little Shirley Temple in the movie Mister Lonely (2007). Afterward, she appeared in the Dark River of Clio Barnard.

Esme gave a critically acclaimed performance in the 2019 action-drama series, Hanna. She also earned wide praise for her role in The Atlantic.

Get to know Esme-Creed Miles' Parents

Esme's father, Charlie Creed, who was born on 24 March 1972, is an English actor and musician. He is recognized for his first work in The Punk (1993).

Likewise, Miles' mother, Samathan, is an English actress and director who is the recipient of several awards. Some of her accolades include a British Academy Television Award, a Golden Globe award, among others. She appeared in John Carter alongside actors including David Schwimmer, William Dafoe, among others.

Esme Creed-Miles's exact amount of net worth is not mentioned anywhere, but it is around $1 Million as per some tabloids. The 20 years old actress made the amount of money from her acting profession as a prominent TV Actress. Besides a TV career, she is also a musician and feminist.

As we all know, Esme Creed-Miles was born to very wealthy parents, whereas her mother enjoys an impressive net worth of $10 million as of 2020. Since 2019, she has been portraying the role of Alpha in the Walking Dead, a post-apocalyptic television series produced by Gale Anne Hurd and Robert Kirkman.

Also, Esme's father, Charlie is an actor and musician who enjoys the million dollars worth, but the exact amount remains private.

To know more about your favorite star, follow marriedceleb.