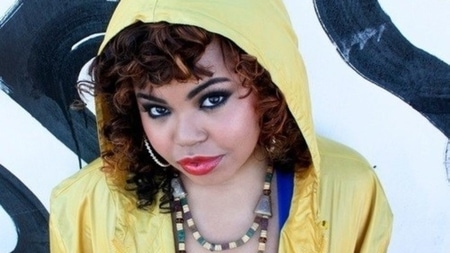 Being the daughter of Faith Evans, who is known as the "Queen of Hip-Hop," Chyna Tahjere Griffin is sure to attract a lot of attention. Despite the paparazzi wanting to capture her in their lenses, she rarely appears in front of the camera.

Unlike other celebrity kids like Angel Iris Murphy Brown and Jaden Smith, Chyna shy's' away from the camera. Griffin seldom wants attention and is enjoying her life being untraceable. In this article, we'll explore more into her personal life, especially her relationship status. If you want to know who's she dating? Then stay around.

Her Biological Father is a Music Producer

Kiyamma Griffin, a well-known music producer, is Chyna's biological father. During her teenage years, Faith fell in love with Kiyamma. When Faith reached her late teens, she became pregnant with Chyna.

Evans did not want to give birth, but Kiyamma asked her to keep the child. After a few months, Faith gave birth to Chyna, but soon after that, the relationship between Kiyamma and Faith also deteriorated.

With the breakup, Chyna's mother Faith went on to marry The Notorious BIG. On the other hand, Kiyamma exchanged wedding vows with his secret lady, love Ashley Griffin.

Chyna is following her Mom's Footsteps

Just like her mother and her step-father, Chyna is following the same path to the music industry. The unique singer produces singles alongside her father, Griffin.

In addition to that, her singles also feature artists like Snoop Dogg, Warren G, and many more. With her several mix-tapes in the market, Chyna's net worth and her popularity are increasing at an exponential rate.

Chyna started her music career in 2012 with her single called Grown Lady. The song got very popular and even got it's entry to the Billboard Charts. The song, at the moment, has 18,000 views on YouTube.

When you're searching about Chyna's relationship status, you might different results. Some online tabloids say the singer is currently in a relationship and dating a guy with a considerable age gap.

And some reports might suggest other things, but as per our sources, Chyna is currently single. The singer has not mentioned anything regarding her love life on any of the social media platforms. Griffin's only relationship is with her family, with whom she spends a lot of time.

In addition to that, Chyna is busy producing her next single.

Her Relationship with her Step-Father

Chyna's beautiful message on her Instagram about her step-father Christopher Wallace A.K.A. The Notorious BIG suggests her healthy relationship with the late rapper. Even though Chyna was just three-years-old when Biggie was shot dead, Griffin remembers her time with the late rapper very well.

In her Instagram post, she wrote about how she only has one memory about Big from twenty years back. She further wrote,

"20 Years b...I don't really talk about Big much but I'll share something on this beautiful day. It's honestly one of my only memories of him...I remember me and T'yanna being carried up to his casket to lay roses on his chest".

"I vividly remember his face in that casket, and I just remember thinking he looked so different. He looked so peaceful though he really did".

On the 20th anniversary of Biggie's death, Chyna, alongside her mother and siblings, paid tribute by sharing their fondest memories.

Fact You Should Know About Amada Lee Gosling

Fact You Should Know About Kiyamma Griffin