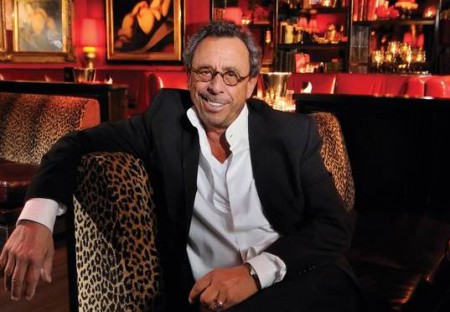 Who is Victor Drai?

Today we are going to talk about an individual who gained fame through his diverse professional career. The 72-year-old, Victor Drai is a French-American nightclub owner, entrepreneur, and film producer. Moreover, the Moroccan born businessman is a natural entertainer and host, a bon vivant and a genius entrepreneur.

Drai rose to prominence in the 1980s, producing the movies such as The Woman in Red and Weekend in Bernie's. Afterward, he opened a string of high-profile restaurants and nightclubs. Further, Victor has been married three times. He first married Kelly LeBrock and Loryn Locklin and Yolanda Krupiarz. so, let's know in full detail about Victor Drai, his professional as well as personal life.

Victor Drai was born on July 25, 1947, in Casablanca, Morocco to jewish parents. As of August 1, 2019, Victor's age is 72 years old and his birth sign is Leo. He dropped out of school at the age of 14 and moved to France with his family.

At the age of 21, Drai launched a ready-to-wear line called Vicadam, which featured velvet jeans and instantly became the fashion designer of the moment. He once said to reporters

"My goal in life was to be rich enough at 30 to do what I want and to have the most beautiful woman on my arm. That actually happened by the time I was 26."

Drai along with then girlfriend, LeBrock produced a remake title The Woman in Red released in 1984. Also, he produced a series of comedies including another French remake, The Man with One Red Shoe starring Tom Hanks.

Victor owns several high profile night clubs and restaurants. He is one of sixteen professional listed in the Nightclub Hall of Fame.

Talking about Victor Drai's marital status, he is a married man. As of 2019, he is living a blissful married life with his third wife, Yolanda Krupiarz. The couple married on April 24, 2016, at Drai's beach Club at the Cromwell. They have one daughter named Ava Drai. Yolanda is Drai's third wife.

Victor's second marriage was to actress Loryn Locklin. The couple married in 1980 and after eight years of marriage they divorced in 1998. They have a son named Dustin George Drai born in 1993.

Apart from marriages, Drai was also in a live-in relationship with the British actress, Jacqueline Bisset from 1973 to 1980.

What is Victor Drai's Net Worth?

As of 2019, the King of the Las Vegas club scene, Victor Drai has a net worth of $150 million. He is a renown nightclub mogul businessman, film producer, and entrepreneur. In 1993, Victor decided to open a restaurant.

In March 2010, he opened Drai's Hollywood, a rooftop restaurant, pool, and nightclub at the W Hotel in Hollywood. The venture is finally what is considered the most successful nightclub in the world Drai's Beachclub & Nightclub located on the rooftop of The Cromwell Las Vegas. The 65,000-square-foot venue has a party pool, and an indoor/outdoor club spread out over two levels.

Drai's nightclub, XS’s revenue in 2014 alone was worth $550 million. Also, Victor earned massive money from his movies. His debut movie, The Women in Red collected $25.3 million while his comedy, Weekend at Bernie’s earned an impressive $30.2 million worldwide.