Home gossip Frankie Muniz is Off the Market! His Married Life with Paige Price

Frankie Muniz is Off the Market! His Married Life with Paige Price 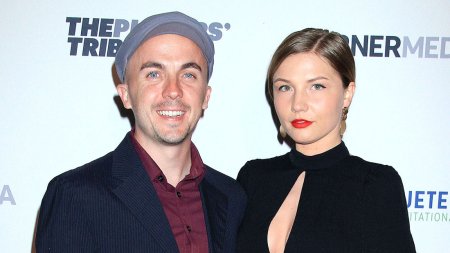 Two times Golden Globe Award-nominated actor, Frankie Muniz is finally found the love of his life with Paige Price. The duo didn't change their difference, but they knew how to find those obstacles. If there is love, laughter, and happiness, any relationship can make a good bond, just like Frankie and Paige, who united as soulmates.

New Jersey-based actor, Frankie is fond of traveling new places while making exotic memories. Recently, he reached the Mount Saint Helens in the early of December 2019. Learn more about Muniz's personal life in the following sections.

The 34-year-old actor, Frankie Muniz and his newly-wedded wife, Paige met for the first time after years ago in 2016. During that time, he put a hand out of his pocket for a friendship with her, and eventually, they became good friends.

The duo then started dating shortly after knowing that their hobbies and interest are on the same line. After dating for two years, Frankie gave a mesmerizing proposal to Paige at the Pinal Fairgrounds Lantern Fest in Casa Grande, Arizona in November 2018, and Paige blissfully accepted his proposal.

Tied the Knot in Phoenix, Arizona!

Big Fat Liar star, Muniz and his longtime fiancee, Paige Price united as husband and wife on 21st February 2020. Their wedding ceremony was quite, where they greeted their beloved ones.

The newly-wedded couple is enjoying their life and recently visited the game of Arizona Cardinals because Frankie is an avid supporter of American football on 24th February 2020. So, the couple will have each other's back for a lifetime.

The prize-winning actor, Frankie first started dating an American actress, Amanda Bynes in 2002, but their relationship ended in 2003. It was found that Muniz was also dating another actress, Hilary Duff from 2002 to 2004.

Following this, Frankie began dating a Canadian actress, Ellen Page in 2008. But, they broke up briefly due to some misunderstandings on the same year.

Muniz, furthermore, started dating a TV personality, Jamie Grady and got engaged in June 2005. However, they called off their engagement in January 2007, due to their personal differences.

Frankie then met Elycia Marie Turnbow, who is a native of America in March 2008. The duo later became engaged in 2011 after he proposed her. They, unfortunately, they broke their engagement due to domestic dispute and the police arrested Muniz for threatening to kill Elycia on 15th February 2011.

Check Out The Most Amazing Things About Celebrities At Married Celeb!!!