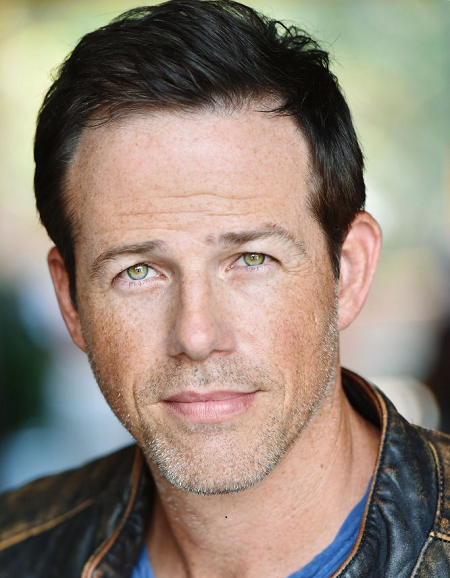 Gary Weeks is a German-born, American actor, film producer and screenwriter who came to fame after playing as Campbell in Burn Notice. Besides, he is also famous for his appearances in movies like The Fate of the Furious (2017), Hidden Figures (2016), and Jurassic World (2015). Recently, he portrayed the character of Luke in Netflix's series, Outer Banks.

He was born on June 4, 1972, in Wiesbaden, Germany as Edson Gary Weeks. Further, he has two siblings, a sister Sherri Toney, actress and Tony Weeks, a sound man. He holds German citizenship and is of white ethnicity. For his education, he studied at Georgia State University and the University of Georgia.

Who is Gary Weeks' Wife?

When comes to expose his personal life, Gary mostly prefers to keep his private details in pretty private. But the actor who played Nick Newport Jr. in Parks and Recreation is happily married to Jessica Weeks. She works at Twitter as a Sr. Client Partner

Weeks tied the knot with his girlfriend turned wife, Jessica in a private wedding ceremony. But it is still unknown when and where they walked down the aisle. Nevertheless, the couple has been sparkling their matrimonial relationship since their big day with no sign of divorce.

Jessica completes her graduation from The University of Georgia in 1999 while Gary also attended the same university. So the couple probably first met while attending the university. But this remains unknown to the press.

From their marriage, Gary, the 179 cm tall and Jessica are blessed parents of two little children. Both of them are sons. Due to their low key life, the kids' name and the actual date of birth are still remaining a mystery.

Gary has successfully handled a large amount of money since his beginning career in 1998. As of 2020, his net worth is estimated at $2 Million. He attributes almost all of his fortune to his acting work as a most talented actor spanning more than two decades.

To date, Weeks has made appearances in more than 50 TV productions and over than 25 film productions. Playing the various roles in films and television shows, he must be earning around $57,060 in a year. On the other hand, screenwriter makes the annual wage of $72,600 per annum in the United States.

His recent show is Outer Banks, which was premiered on April 15, 2020, on Netflix. He shared the screen with co-stars including Madelyn Cline, Madison Bailey, Jonathan Daviss, Austin North, Drew Starkey, Caroline Arapoglou, and others. Asides TV shows, he has starred in hits movies The Spectacular Now (2013), Jurassic World (2015), Identity Thief (2013), The Fate of the Furious (2017), Self/less (2015), and Project Almanac (2015).

If You're Love To Read More Biographies & Articles, Visit Marrieceleb !!!