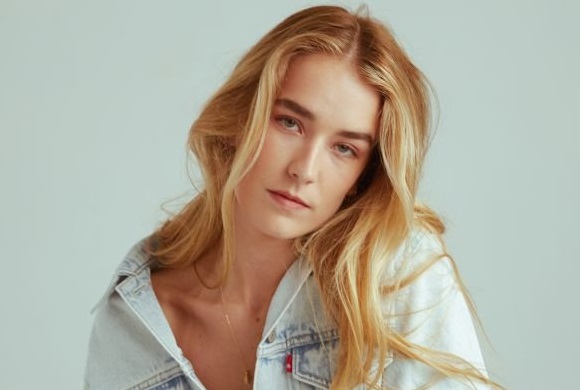 Grace Johnson is one of that beautiful celebrity daughter who is best known as the eldest child of renowed American actor Don Johnson and his current wife, Kelley Phleger.

Born on December 28, 1999, in San Franciso, California, the United States, as Atherton Grace Johnson, she is American and belongs to white ethnicity. Besides being the celebrity children, she is also a model. Many of her fans are curious to know more about her relationship status.

Is Grace Johnson currently dating anyone?

The 20-years-old IMG Model is not dating anyone at the current time, but undoubtedly many boys want to link up with her. Unfortunately, up to now, there are no actual records about her boyfriend or love affairs with the media or public.

Scrolling through her Instagram, we can spot her in her professional environment or with her family. Besides her, Grace's sister, the 50 Shades of Grey actress, is now in a relationship with Coldplay lead singer Chris Martin. The couple is dating since October 2017 and is still together.

Grace's father Don and mother Kelly is happily married for two decades. They met for the first time at the birthday party of Mayor Willie Brown in 1996. After the first meeting, they eventually fell in love and started dating in 1997.

Later in 1998, Don and Kelly got engaged, and the wedding date finally arrived on 29  April 1999. Their marriage function was held among their closed ones. Before Kelly, Don Johnson was previously married to his three wives.

His first two marriages have remained private, but his former third wife is Melanie Griffith (1989-1996). Apart from this, Don had several affairs in the previous such as Pamela Des Barres, Lynn Whitfield, Danielle Staub, Donna Rice, and Tanya Tucker.

Altogether, Grace Johnson has four siblings from her parental background. Her younger siblings' named Jasper Breckinridge Johnson, who was born on 6th June 2002 and a brother Deacon Johnson, was born on April 2006.

Not only this, Grace has two half-siblings named Dakota Johnson who was born on 4th October 1989, as Dakota Mayi Johnson and Jesse Johnson was born on 7 December 1982, in Los Angeles as Jesse Wayne Johnson. Now, the whole siblings are very close to each other and often spotted together in public.

Since her childhood, Johnson had a keen interested in modeling career. Thus, she is now linked to the various business modeling agency based in New York, USA, IMG Models.

Grace's Net worth and Salary

Born as a wealthy kid, Grace is now living an extravagant lifestyle. She, however, currently works as an IMG model with an estimated net worth of $500,000 as of 2019, whereas her older sister Dakota has a whopping net worth $14 million.

Furthermore, Johnson makes extra income from various brand promotions, endorsements, ads, and others. As per some sources, IMG Models can make a full average payroll of $775,487 in American, including bonuses and extra compensation. Thus considering her career graph, Grace is surely making on the same average.

On the other side, her father Don Johson is among one of the famous TV stars in Hollywood. He has a staggering net worth of $40 million as of 2019. He has made this asset through his career as an actor, producer, director, singer, and songwriter.

Whereas her mother Kelley Phleger is a former school teacher and socialite who accumulate a net worth of $2 million.

As per LA Times, They even listed the house on October 2014 for sale with a price tag of $14.9 million. However, they are living in a way more affluently.