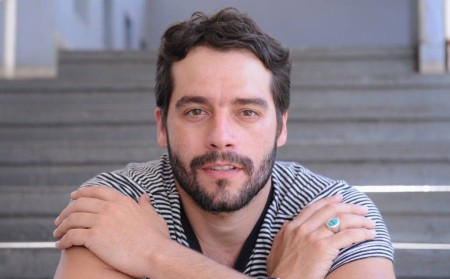 Guilherme Winter is a Brazilian actor who is best known for playing the lead role of Moses in Os Dez Mandamentos (Moses and the Ten Commandments). Additionally, he has appeared in series such as Tapas & Beijos, As Brasileiras, and movies such as Desearás al hombre de tu hermana, etc.

Guilherme Winter Nobrega de Almeida was born on August 28, 1979, in Sao Paulo, Brazil. He was born to father, Wladimir Nobrea de Almeida and mother, Vera Winter. His father was a lawyer and law professor who died in November 2017. In addition, Guilherme has a twin brother named, Wladmir Jr. and has other siblings, Mariana and Fernanda. He studied Industrial Design at the University Presbiteriana Mackenzie.

The 41-year-old, Guilherme Winter is currently single and isn't dating anyone. However, he was nearly in a five-year-long relationship with Mexican-Brazilian actress, Giselle Itie. They started dating around November 2015 after meeting during recordings of Record TV's primetime telenovela, "Moses and The Ten Commandments." In the show, WInter played the lead role of Moses, while Itie portrayed Zipporah.

Guilherme and Giselle welcomed their first child, a son named, Pedro Luna on March 2, 2020. The two had separated before Pedro's birth but later Winter accompanied Giselle during her pregnancy. Shortly afterwards, Guilherme moved to Rio de Janerio, while his ex-partner stayed in Sao Paulo. Giselle revealed their separation via social media and told her followers everything was fine.

On May 15, 2020, the actor shared a picture of his son sleeping on his chest with a caption: "Peak of Happiness." Similarly, he has been sharing adorable pictures of his son on social media.

Apart from Pedro, Winter also had a daughter named, Sabrina in 2001 when he was 22 years old. Unfortunately, his daughter disappeared from the hospital when she was born and is still missing to this day. Further, Winter has been linked with actress Kika Martinez and Renata Kuerten.

Know a little about Giselle Itie

The 39-year-old, Giselle Itie is a beautiful actress who is mostly known for her role as Anabela Palhares in the Brazilian telenovela, Bela a Fela. Also, she appeared in the 2010 movie, The Expendables alongside Sylvester Stallone.

Before in relationship with Guilherme, Giselle was married to actor, Emilio Dantas. They married in February 2015 but within a year parted their ways.

The Os Dez Mandamentos actor, Guilherme Winter has a net worth of $5 million as of 2020. He has collected such an impressive wealth from his 14 years of a professional acting career. Winter mostly appears on soap operas, series, and movies. His per episode salary ranges somewhere between $36,454-$54,973. Another Brazilian actor Wagner Moura has a net worth of $10 million.

Winter began his acting career with the 2006 soap opera, Cobras & Lagartos playing the role of Flu Melutti. Some of his notable soap operas include Cheias de Charme, Jesus, Topissima, and Os Dez Mandamentos.