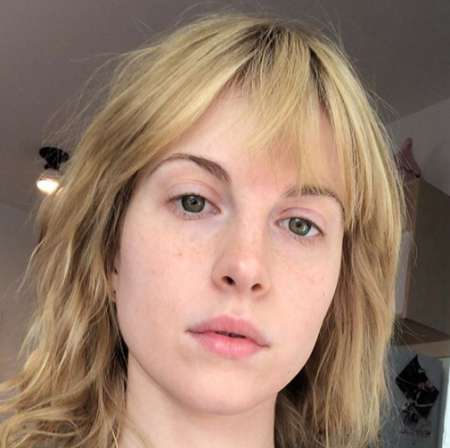 Who is Hayley Williams?

Some of the musical artists have revolutionized the rock-pop music culture due to her phenomenal music performance. In the same way, Hayley Williams has also a great contribution to the music world. Hayley is the frontwoman of the American rock and punk band, Paramore.

Hayley William was born as Hayley Nicole William on December 27, 1988, in Mississippi and moved to Tennessee at the age of 15. Further, she was born to father Joey Williams and mother Cristi Williams. However, her parents divorced while she was just 15 years of age. Following the separation, she moved along with her mother to Franklin.

At the beginning of his career, Williams met her bandmate Josh and Jack Farro while at school. Later, Williams went to sign up a production deal while she was only 14.  Furthermore, their hit music got them international recognition. She also worked with some of the well-known celebrities including Taylor Swift, B.o.B and her friend Sarah Orzechowski, wife of the famous vocalist, Brendon Urie.

Hayley Williams follows Christianity and frequently discusses her faith in relation to her music. Also, she has also spoken against the judgmental nature of the community.

Talking about Hayley's relationship, she was in a relationship with former guitarist Josh Faro. The couple remains together for over three years from 2004 to 2007.

Despite having a strong bond, the pair couldn't stay together leading to a breakup. Following to her separation, Hayley started dating with the New Found Glory lead guitarist Chad Gilbert. The love affair started in early 2008.

After being together for over six years, the duo went on for engagement on December 31, 2014. Eventually, they got married on February 20, 2016. Meanwhile, their difference in schedule parted away from each other. Hayley was busy with her shows, so was Gilbert.

This distance further brought an end to their love life. The couple mutually filed a divorce suit and went for a split on July 1, 2017. However, the former couple's divorce has not been granted.

As of now, they remain close friend even after their separation. Hope the couple gets on the right track soon.

Hayley has a good fortune as a singer. Her primary source of income comes from her singing career. Also, she earns a good wealth through her stage performances.

Moreover, Williams also brands many of the products such as clothing outline, makeup sets, and many other products which accumulate sumptuous money. As of now, her net worth is predicted to be over $14 million. Concerning her career, the amount of Hayley's total assets will surely increase in the future.

Additionally, she owns a beautiful house worth thousands. Hayley has spent quite a money on decorating her house and collecting Barbie dolls. On the other hand, her former husband, Chad Gilbert has an estimated net worth of around $ 4 million.

Hayley is well recognized for her orange dyed hair. She is inspired by singers such as Gwen Stefani, Beyonce and Debbie Harry for her looks. Likewise, she has a height of over 152 cm and weighs 51 kg. Similarly, she has a light brown pair of eyes and light-colored skin.

As per her birthdate, Hayley is currently 30 years old.

Hayley runs her social media for her fan base. She has collected a follower of over 2 million on her Instagram page. Similarly, she has a fan base of over 5.48 million on her Twitter profile. Also, she is widely active on her Facebook page.