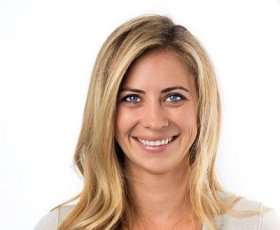 Holly was born on November 21, 1981. Currently, she is also working as the Chairperson of Virgin Unite and Trustee and Founder of Big Change Charitable Trust. Previously, she worked as a junior doctor at Westminster and Chelsea while she graduated with a medical degree from University College London. She has two siblings, Sam Branson and Clare Sarah Branson with whom she grew up.

Richard's beautiful daughter is one of the iconic figures in today's world. She met her love life, Freddie Andrews back at the end of the 1990s. It was a very long and depth relationship between the couple.

Started as a friend for years, they actually figured out that both were more than friends and later started dating each other. The pair almost dated for more than 10 years and later decided to take their relationship further by tying the knot.

At the age of 30, Branson tied the nuptial knot with her very long-time boyfriend on Necker Island on 20th December 2012. It is the same place where singer Nick Lachey and his wife, Vanessa Minnillo exchanged their wedding vows as well as Lucinda Southworth and her husband did the same.

The pure and natural island was filled with the couple's family and friends. But unfortunately, there was a terrible storm the day before the wedding and contingency plans were made for the celebrations. Though the unpredictable incident occurs still couple's choice was to marry at the exact same spot. And finally, Holly walk-in the aisle alongside her father looking for her dream man on a rainy day.

The beautiful pair are now married for more than 9 years. But they have been together for almost two decades. During this marital interval, the pair are blessed with three children. The pair welcomed their twins on 20th December 2015 which is the same date as their wedding anniversary and also of Holly's parents.

The twin Etta Andrew and Artie Andrew are currently four-years-old. Later on 30th December 2018, they welcomed their second daughter, Lola Andrew. People from all around the globe congratulated both couples on behalf of being parents of three children.

Being one of the busy personalities, the couple is still taking very good care of their three children and is often seen traveling various places with their kids. Holly's Instagram profile is even filled with photos of their children.

The Net Worth of Holly Branson

The talented personality has an estimated net worth of $15 Million. Working as a Chairman and Director, her annual remuneration surely falls in a very high range. She almost bagged $1 Million annually through her engagement in various fields.

Her $24 Billion international company Virgin Group has 71,000 employees all around the world and has operated in 35 countries from which she has surely collected a good amount of paycheck without a doubt. Currently, she is living a lavish lifestyle alongside her husband and kids.

Father's net worth in Billion

Holly's father is one of the reputed personalities in the world. He has a total fortune of $4 Billion which he accumulated through his outstanding career techniques and investment.

His Virgin Group brings over $21 billion annually in global revenue. The billionaire has overseen approximately 500 companies and is known for his eccentric and charisma behaviors.

Being one of the greatest moneymakers, Richard has a very low-life key. He purchased Necker Island in the British Virgin Islands for $180,000 in 1978. After spending five years and $10 Million at Necker, 2006 the island's value increased to $60 Million.

In 2009, he bought $6 Million catamarans and later sold it for $3 Million. Being one of the top business icons, he has invested his wealth in various fields and has gathered a very large sum of profit from them.