Is Christopher Schwarzenegger Have Girlfriend 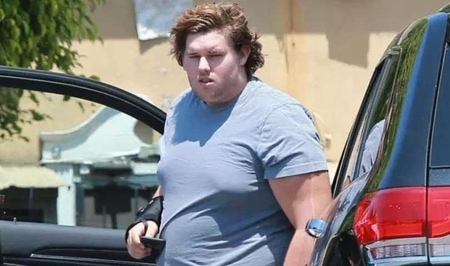 Unlike his other siblings, Christopher Schwarzenegger tends to stay away from the limelight. People widely know him as the child of Arnold Schwarzenegger and Maria Shriver. Recently, his elder sister Katherine Schwarzenegger tied the knot with Hollywood Heartthrob, Chris Pratt.

While some of his siblings are in a romantic relationship, Christopher's love life seems to be in question a lot. The fans of the Schwarzenegger family are very much curious to find out about their youngest son relationship status. Well, if you're one of them, read along as we explore his girlfriend.

Who is Christopher Schwarzenegger's Girlfriend?

The youngest son of Arnold does not prefer to be in front of the media. He is also not active on any of the social media platforms. We can know about his personal life or his lifestyle, mostly through his sibling's Social media accounts.

As per reports, Christopher is currently single. The twenty-two-year-old celebrity child is probably very focused on his studies right now. As of now, he does not look keen on following his father's footsteps, unlike his half-brother Joseph Baena.

Recently, He Enjoyed a Lunch Date

Christopher is currently pursuing his college education at the University of Michigan. He joined the University in 2016 because of which he moved from Los Angeles to the Midwest. On August 8, 2019, he took a break from his studies to go out on a lunch date.

According to the Daily Mail, he went out with his mother, Maria, on a lunch date in California's Brentwood district. In a casual but stylish fashion, Christopher and Maria arrived at the restaurant. Katherine, the elder sister of Christopher, tagged along with mother-son duo. It looks the family enjoyed the quality time together.

Relationships with his Father's Love Child

Recently, Page Six reported that Schwarzenegger siblings do not have a good relationship with their father's love child. Joseph was born in 1998 as the love child of Arnold and their family housekeeper Mildred Baena.

Joseph also is known as Joe was absent from the recent wedding of Katherine and Chris. Joe yearns for a connection with the rest of his siblings. A couple of months back, when Katherine posted #nationalsiblingsday on her Instagram, some followers commentated on her for not acknowledging their youngest brother, Joe.

Another source close to the family said,

"why should she have a relationship with this kid? Joseph is the product of an affair that Arnold kept hidden for years! I can't say I blame her for not wanting to embrace this living reminder of that".

Joe is currently dating Nicky Dodaj, who is a model. He is very much into fitness and wants to follow his father's footsteps. Sometime back after Joseph graduated, the Terminator star posted a congratulatory message on his Instagram.