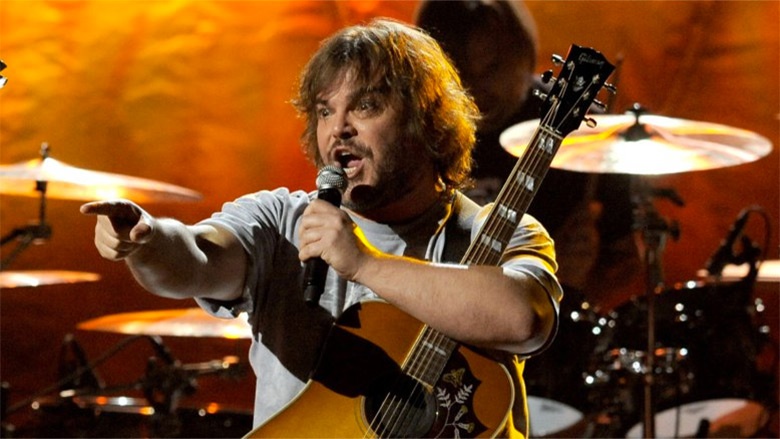 All comedy movie lovers have his names written on their minds because he is a phenomenal comedian-actor who has given hilarious performances in his career. He is Jack black known for his excellent comedy timing and comical performances in The Holiday and many more.

Who is Jack Black?

Although he needs no introduction, he is a famous actor and comedian. Though it may come as a surprise to many, he is also a singer and songwriter.

He is popular for his unforgettable roles in High Fidelity, Shallow Hal, The Holiday, and Jumanji is one of his recent works that people have greatly admired. In the movie, he starred along with Karen Gillan, Dwayne Johnson, Kevin Hart, Nick Jonas, and many other artists.

Thomas Jacob Black a.k.a Jack Black was born on August 28, 1969, in Santa Monica, California. He is the son of satellite engineers Thomas William Black and Judith Love Cohen who worked on the Hubble space telescope. When he was just ten years old, his parents got divorced, and he started living with his father after that, but they frequently made visits to their mother’s home.

He developed an interest in acting at an early age. In school, he excelled in drama and later attended UCLA but then switched to entertainment field dropping out from his college.

He started as a commercial television artist at the age of 13 for the video game Pitfall. He early adult performances were in prime time television shows as Life Goes on, Northern Exposure and The Golden Palace.

He landed up in his successful film careers from movies like High fidelity and Shallow Hal. He is better known for his comical skills.

For his starring role in the black comedy movie Bernie, he won The Second Golden Globe award nominations in the category best actor in a comedy.

Besides lead performances, he has given his voice for several movies like Brutal Legend and the Simpsons.

He is a lead singer and guitarist of the comedy hard rock band Tenacious D along with Kyle Gass.

As a young boy of 14, he struggled with cocaine addiction. He mentioned in one of his interviews that He had a difficult time attending school and studying.

His brother Howard died of AIDS at the age of 31.

Jack married his school friend Tanya Haden in 2006. They started dating after 15 years of school after meeting at a friend’s birthday party. However, Jack had dated a few actress before he got in a marital relationship with Tanya Hayden.

From the nuptial, the wedded couple has two sons from their marriage. Their first son Samuel Jason was born in 2006, and their second son Thomas David in 2008. Black identifies himself as a Jew, and the parents have decided to raise their children as Jews too. As far as the news are concerned, they share a really strong bond and are living a very happy family life with their kids alike Hollywood couple Tom Hanks and Rita Wilson.

As of 2019, the brilliant comedy star, Jack has a whopping net worth of $30 million which makes him one among the richest celebrities in Hollywood. Such wealth comes with a load of salary and prosperity.