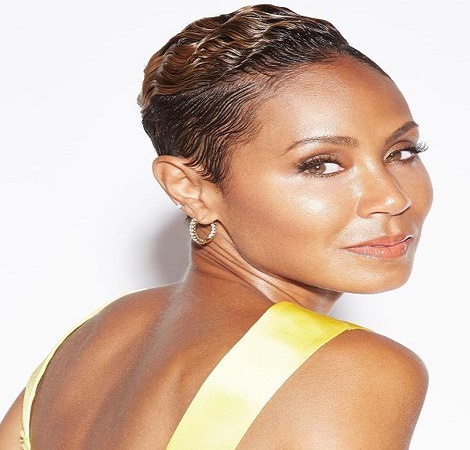 Who is Jada Pinkett Smith?

Well, there are a lot of powerful couples in the world whether it's Brad Pitt & Angelina Jolie, and Kanye West & Kim Kardashian. Well, we are talking about today Jada Pinkett Smith and Will Smith who have been together for twenty-three years and seems to be going stronger by the years.

Jada Koren Pinkett was born on 18 September 1971 in Baltimore, Maryland, in the United States. She is the daughter of father Robsoll Pinkett Jr., ran a construction company whereas her mother Adrienne Banfield-Jones, was the nurse of an inner-city clinic in Baltimore. Further, she has a one brother  Caleeb Pinkett. But her parents seperated when she was young. So, she was raised by her mother and grandmother Marion Martin Banfield.

Regarding her education, Smith studied at the Baltimore School and North Carolina School of the Arts. Later she moved to Los Angeles and soon started her acting career.

Furthermore, the mother of two children also appeared in Television shows such as A Different World, Gotham, Carpool Karaoke: The Series and is currently appearing in the Red Table Talk from 2018.

Pinkett created the metal band Wicked Wisdom as a singer. Then, Smith became the band's lead vocalist, and the band published a self-titled album four years after its creation.

She created her own fashion label Maja, which features women’s T-shirts and dresses as a businesswoman.

Pinkett Smith has won several important awards and nominations. Some of them are the Blockbuster Entertainment Award for Best Supporting Actress- Horror in 1998  for her role in Scream 2 and the Teen Choice Award,  for  Choice Movie Actress- Action in 2003 for her role in The Matrix Reloaded ' sci-fi movie.

TV actress, Jada Pinkett Smith and singer Will Smith tied the wedding knot in 1997 and is living a happy life together. Before marriage, they dated almost two years.

Well, the couple has been married for over two decades and is regarded as one of Hollywood's high profile couple.

When they First Met?

They met eachother for the first time in 1994 on the set of Fresh Prince of Bel-Air. At that time, Jada was auditioning for one of the roles in the show.

Pinkett and Smith has two children, a son Jaden Smith born in 1998 and a daughter Willow Smith born in 2000 from their marital relationship. Her son Jaden reportdely dated American model Sarah Snyder from 2015 to early 2017 and is currently dating Odessa Adlon since 2017

Not only this, the couple is parents of Trey Smith, who is Smith's son from his previous marriage to Sheree Zamino.

As of 2019, Jada Pinkett Smith has amassed a net worth of $20 million. She has made this fortune throughout her career in many ventures such as TV, film, music,fashion ,writing,business.

Pinkett Smitt spends most part her income on philonthropy. On the other hand, her husband, Will Smith’s net worth is $260 million. Thus, this gives the couple a healthy combined net worth of $280 million.

Along with this, this couple highly engaged in social works as they established a charity the Will and Jada Smith Family Foundation. This foundation helps and support youth and as well as families. The couple have provided grants to several non-profit organizations.

In 2006, their charity was awarded the David Angell Humanitarian Award by the American Screenwriters Association. Furthermore, Jada has also donated $20,000 to the Hollywood Education and Literacy Program (HELP).Also, Jada is associated with organizations such as the People for the Ethical Treatment of Animals and Lupus Foundation of America.