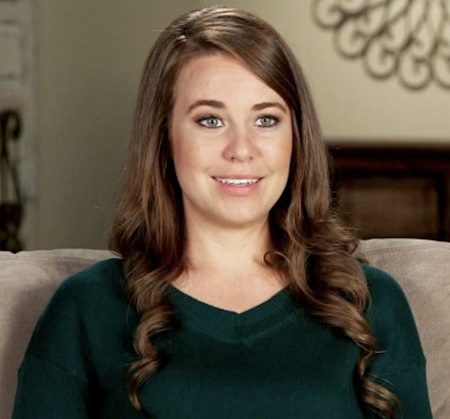 Jana Duggar is a well known American television personality and reality TV star who has been active in the entertainment industry since 2004. However, she gained worldwide fame after appearing on her family TLC's reality television show 19 Kids and Counting from 2008 to 2015. Also, she has made her features on another Family show, Counting On (2015–2017).

Jana Marie Duggar was born on January 12, 1990, in Tontitown, Arkansas, United States. She is known as the second child or first daughter of real estate agent Jim Bob Duggar and his wife, Michelle Ruark. Altogether, she has 18 siblings, whose names begin with the letter "J". So far, she holds American citizenship and is of Caucasian ethnicity.

Jana Has Never Been Married

Yes, you read that correctly. Jim's eldest child Jana Duggar who is 30 years old remains unmarried yet. In fact, she is only an adult child in Duggar's family who is still not married and who is still waiting for her Prince Charming. As per some inside sources, she is rumored to be gay.

For now, Duggar enjoys her single life with the rest of her married sisters in her home town of Arkansas. Not only this, but she also takes care of young kids of her siblings. In fact, her official Instagram account mostly gives a glimpse of photos of her family and nieces instead of romantic dates.

Meanwhile, her youngest sister, Jessa, has also made it clear that she is still single. But there's no possibility that she's in private courting which her family does not really know about it. So Jana is just assuming is still single because she hasn't been told otherwise.

Jana laughs but appears uncomfortable with the question "Is she dating privately" in the newest trailer series of the TLC hit show. Then the producer asks her if she is "tired of people asking" about her relationship status, and she replies, she says: "It can be tiring everyone asking.

However, the ex-employee insists that the only reason Jana is still not dating anyone that she was in love with her best friend, Laura DeMaisie. One of the reasons behind their love rumors was that both the two have ever been married.

Also, they weren't interested in seeking a romantic partner as per some sources. But, the best friend has always dismissed the tons of allegations that have been circulating numerous times. Now, Laura moved to Georgia in the last few years, and fans believed that their relationship had ended.

In last year, Duggar says she has no interest in women and shuts down the rumors with her previous BFF Laura. Besides it, Counting On's star was also rumored to be courting Lawson Bates, who also stars on TLC. Not to mention, her rumored ex-boyfriend, Caleb Williams was arrested for sexual abuse back in November.

What is Jana Duggar's Net Worth?

Working in entertainment for a long time, Jana has definitely earned a considerable amount of money. She has a whopping net worth of $400 thousand as of June 2020. She amassed her total worth from the TV shows she worked in and from various commercials. Her sister, Jill Duggar Dillard also enjoys the same worth.

Over her career, Duggar is highly known for featuring on the two reality TV series 19 Kids and Counting and Counting On. Both shows are her family shows. As per her salary, she reportedly received $25,000 to $40,000 per episode from LTC's show  Counting On. This show was announced that the 11th season will premiere on June 30, 2020.

Additionally, she co-authored a book titled Growing Up Duggar: It's All About Relationships, alongside her younger sisters, Jill, Jessa, and Jinger. Apart from that, Jana is serving as the leader at the IBLP's "Journey to the Heart" youth ministry.