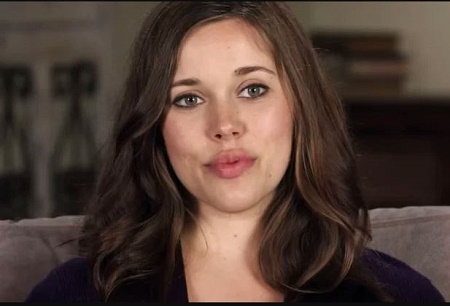 If you're a Duggars family fan? And you've obviously seen the reality TV series, 19 Kids and Counting that aired on the TLC cable channel from 2009 until 2015. Today's topic is about Jessa Seewald who is well recognized as a family or a cast member of the show. Asides this, she has also starred in Counting On (formerly Jill & Jessa: Counting On), alongside with her family members.

Jessa Lauren Seewald was born on November 4, 1992, in Tontitown, Arkansas, United States. She is the fifth child and third daughter of Michelle Duggar and Jim Bob Duggar who is a renowned real estate agent. She has 18 siblings, 8 sisters and ten brothers, all of whose names begin with the letter "J".  So far, she holds American citizenship and is of Caucasian ethnicity.

Got Hitched to Ben Seewald in 2014

The 27 years old reality TV star Jessa weds Ben Seewald, an American entrepreneur. The lovebirds walked down the wedding aisle on November 1, 2014, in a private ceremony.

Their big day was held in Bentonville, Arkansas, at the First Baptist Church. Moreover, they say yes, I do, in front of over 1,000 wedding guests. At the party, the bride was wearing a stunning blush-colored Allure Bridals bridal gown while the groom wore a navy suit with a peach bow tie with peach roses.

More interesting, the couple ever wanted their very first kiss to be in secret and chose to kiss after the ceremony. But they kissed the crowd eagerly waiting to see them lock their lips on the stage. "So, you've seen a Duggar kiss now," said Pastor Mike Schadt. And it was an absolutely perfect day for both of them.

"Two weeks ago, I married my best friend! I love you, Darling! @ben seewald, Duggar stated on her Instagram page. Before marriage, they announced their engagement news on 14 August 2014 after started dating in September 2013.

She is a Mother of Three Kids

Yes, Ms. and Mr. Seewald share three young children two sons and one daughter together from their marital union. On Nov. 5, 2019, they became parents for the first time when their firstborn baby boy Spurgeon Elliot Seewald arrived.

On February 6, 2017, the couple welcomed another bundle of joy Henry Wilberforce Seewald. And their youngest daughter or child is Ivy Jane Seewald, who was born on May 26, 2019.

Net Worth and Earnings of Jessa Seewald

It's been more than a decade since Jessa's career started. So, serving as a TV personality, she's earned the bulk amount of money. She has a total net worth of $400,000 as of 2020. She credits all of her fortunes to her different reality shows and sponsorships.

As per her salary, Ms. Seewald reportedly received $25,000 to $40,000 per episode from LTC's show Counting On. Likewise, she is widely known as part of the TLC reality series of 19 Kids and Counting. Of all the members, Jinger and her spouse Jeremy Vuolo were the highest paying with a value of $2 million.

Besides it, Jessa co-authored a book named Growing Up Duggar: It's All About Relationships, with her sisters Jill, Jana, Jinger.