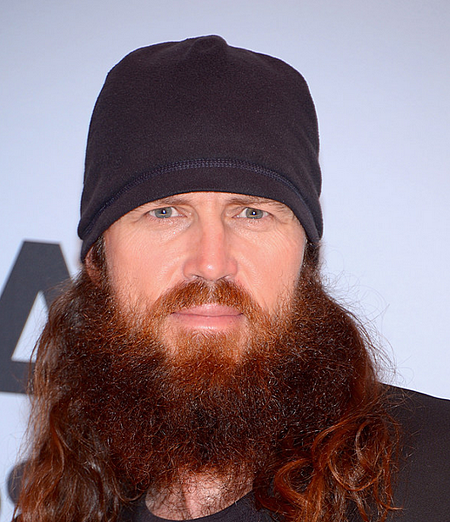 Jase Robertson is an American reality TV star, a business executive who is known as the cast member of the A&E reality television show Duck Dynasty. Previously, he worked as a COO of Duck Commander, which was founded by his dad, Phil Robertson. Also, he is known for working as an innovator and a professional duck hunter.

Jason Silas Robertson was born on August 16, 1969, in Bernice, Louisiana, United States. He is the son of American professional hunter, Phil, and his wife, Miss Kay Robertson, who is also a TV star. He has three brothers Willie Robertson (born on April 22, 1972 ), Jules Jeptha Robertson (born on May 28, 1978), and Alan Robertson. Also, he has one half-sister Phyllis Robertson from his dad's side. As per his citizenship, he is American and is of white ethnicity.

Who is Jase Robertson's Wife?

She is none other than, Missy Robertson. She also has starred as a significant role in her family's record-breaking reality TV series, Duck Dynasty. She was born on April 22, 1971, to the parent's Larry Avis West, and Peggy Elaine Spoonts.

The long-term married couple, though, hasn't announced when they were hitched and how they met first. According to Missy's Instagram post, here comes to know that on August 10, 1990, they were married. On that post, she wished Jase on her 27th marriage anniversary marriage with the caption: "When it's your anniversary and your hubby knows you 're still recovering from a mission trip."

That means, they've finished their 30 years of marriage. So far, it has been proven Robertson knew his wife, Missy, better than anyone else. Nevertheless, Jase shaved his beard off after the show ended in 2017 and cut his hair short and his transformation was surprising. His wife Missy has been a major advocate for beardlessness. She also did a video on Facebook to talk about how life is going without a beard.

"It is fantastic," she said. "I really love it! I got my husband back, the one I married twenty-seven years ago. She also revealed how long he will stay beardless for, which is much less than she wants. Today, one of the happiest duo Jase, 50, and Missy,49, lives a beautiful married life together.

He is Dad Of Three Children

West Monroe High School's graduated and his wife, Miss are happy and proud parents of three grown kids, two sons, and one daughter. They are Reed Robertson, Mia Robertson, and Cole Robertson.

Missy wrote a series of books named Princess in Camo with her daughter, Mia. Now, the entire family resides in West Monroe, Louisiana.

What is Jase Robertson's Net Worth?

Jase Robertson has an impressive net worth of $10 Million as of July 2020. He credits his total amount to his successful career as a working of reality television star and professional duck hunter. In addition, he makes an extra amount as a business executive.

Robertson is known for starring in his family reality show, Duck Dynasty, which obeys them as they negotiate their private lives and the world of business. Jase is known for serving as a hunter and fisher in the show. In fact, he calls himself the worst nightmare of a frog.

And the series became one of tv's most successful shows, attracting 8-10 million viewers per episode. Since Duck Dynasty ended, he and his wife, Missy run Logtown Plantation in Louisiana, the bed and breakfast and event venue.