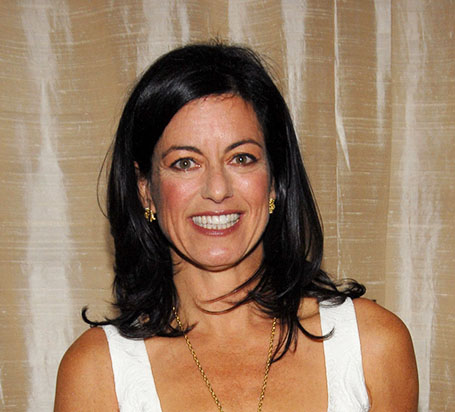 Laurie David who is known as the ex-wife of Larry David received half of his net worth after their divorce. As of 2020, Laurie has a net worth of $300 million as per celebrity net worth. Laurie is an American environmentalist and an award-winning producer and an author.

Laurie Lennard was born on March 22, 1958, in Long Island, New York. She and her former spouse has two daughters named, Cazzie Laurel and Romy March. Stay with us to know details about Laurie, her martial life with Larry, who is most famous for creating the hit comedy sitcom, Seinfeld.

The 61-year-old, Laurie married her longtime love partner Larry on March 31, 1993. The pair exchanged their wedding vows in a private ceremony. Although raised by Jewish parents, Laurie later chose to marry her life partner in a Christian ceremony.

The former couple worked together in films and TV shows. While Larry stole the show with his funny wits, Laurie continuously supported him by her efforts behind the screens.

For the fourteen years, Laurie and her spouse remained together but their marital life couldn't last long. Laurie filed for the divorce citing "irreconcilable differences" on July 13, 2007. Even after the divorce, Laurie and Larry have remained each other's best friends.

Larry David: Creator of Seinfeld and Curb Your Enthusiasm

Larry is a former stand-up comedian, television producer, actor, and writer who gained worldwide recognition for creating 'Seinfeld.' The series was an instant hit of which David was the executive producer and head writer. He and another famous comedian Jerry Seinfeld created one of the most loved sitcom of all time. Like Larry, another television producer, George Shapiro also worked as a producer for the series.

Laurie's former husband, Larry created the HBO series, 'Curb Your Enthusiasm' which earned him further accolades. He won two Prime-time Emmy Awards in 1993 for his work on Seinfeld.

Laurie and her ex-husband Larry share two kids; Cazzie Laurel David and Romy March David. Their first baby daughter, Cazzie was born on May 10, 1994, while their second daughter, Romy was born on March 2, 1996. Cazzie writes and directs in addition to acting, while Romy is also an actress.

Why Laurie David has a net worth of $300 million?

The contributing blogger to 'The Huffington Post', Laurie David has a net worth of $300 million. As mentioned she got this enormous amount of wealth after separating from her longtime husband. At the time of their divorce, Larry had a total net worth around $600-$650 million.

Laurie is an environmental activist and is a member of the Advisory Board of the Children's Nature Institute. She also founded her own management company and managed comedians and comedy writers.

Laurie speaks at An Inconvenient Truth:

Laurie has produced comedy specials for HBO, Showtime, MTV and Fox Television. When she moved to Los Angeles, Laurie was chosen as the vice president of comedy development for Fox Broadcasting and developed sitcoms for 20th Century Fox Television.

Larry David denies having a massive Net Worth

Do you know the massive hit sitcom Seinfeld netted $3.1 billion in fees for reruns on US channels? Larry and Jerry each received $250 million after the first syndication deal. As per celebrity net worth, both the writers earned at least $800 million between salary, merchandise, and syndication deals.

In an interview, when asked about his huge fortune David said:

"The figures that I read about the amount of money that I've made are so ridiculous, and it's absurd. It's unseemly, I don't have that kind of money! My wife took half of it in the divorce."

In September 2019, Larry earned additional $75 million when Seinfeld sold to Netflix for $500 million. Another popular stand-up comedian, producer, and actor, Martin Lawrence also has a stunning net worth.