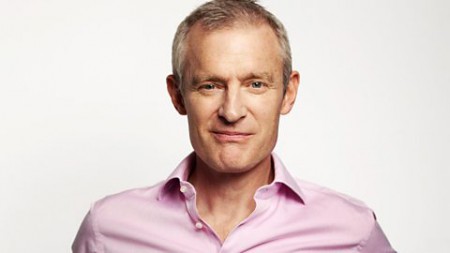 Who is Jeremy Vine?

The world of Journalism can be overwhelming when you have a perfect balance of personal and professional career. Not many reporters can pull it off as the 54-year-old, Jeremy Vine who is an English presenter, broadcaster, and journalist.

Jeremy is best known as the host of the BBC Radio 2 program which presents news, views, interviews with live guests and popular music. Vine is known for his direct interview style, and exclusive reporting from war-torn areas throughout Africa.

Vine was born as Jeremy Guy Vine on May 17, 1965, in Epsom, Surrey, England. As of 2019, he is 54-year-old, and his birth sign is Taurus. He was born to father, Guy Vine, a former lecturer in civil engineering at North East Surrey College of Technology, Diana a housewife and occasional doctor's receptionist.

Vine has two younger siblings named Sonya (Sister) and Tim Vine (brother), who is a comedian. Talking about his education, Jeremy graduated with a 2:2 undergraduate degree in English. After university, at the age of 21, Vine took work permit and moved to the United States to find employment.

Vine joined Newsnight as a full-time presenter in 1999 and was one of the original presenters of Broadcasting House on BBC Radio 4. For your information, the present lead presenters and presenters of Newsnight are Emily Maitlis and Kirsty Wark, among others.

Vine presented The Politics Show on BBc One from its launch in 2003 until 2005. Vine was the presenter of the BBC's flagship and the world's oldest current affairs program, Panorama. Likewise, from 2016–17 Vine co-presented Crimewatch with Tina Daheley. Apart from reporting, Vine also took part in the thirteenth series of the popular BBC One competition Strictly Come Dancing.

Talking about Jeremy Vine's personal life, he is a married man. He is currently married to Rachel Schofield, a journalist and news presenter. The couple first met in the run-up to the 2001 general election when Jeremy was touring in a VW camper van.

So, how is Jeremy and his wife's relationship? Do they share any children?

As mentioned Jeremy is relishing his marital solidarity with his longterm wife, Rachel Schofield. The couple exchanged their wedding vows in 2002 in a simple wedding ceremony.

Jeremy and his wife share two daughters named Martha and Anna Vine. They currently resides in West London. Let's know about his current wife, Rachel. She is an English journalist and news presenter. She started her career at the BBC on BBC Radio Newcastle in 1999. She now works as a freelance reporter for BBC network.

Talking about Vine's past relationship, he was married to an American banker named Janelle for seven years. They were married in 1993 until 2000. The reason for their separation was their hectic schedules and lots of traveling.

As of 2019, Jeremy Vine, one of the most experienced journalist and broadcaster has a net worth of $5 million. The primary source of his income comes through his journalism career.

Vine has been active in the media for over 31 years Therefore, he has amassed a giant net worth. Moreover, Vine presents his own Channel 5 daily current affairs show called 'Jeremy Vine' since September 2018.

How much is Jeremy Vine's Salary?

So, how much is the exact salary of Jeremy Vine? As per the BBC official website, Jeremy earns an annual salary of $357,740. Looking at his earnings we can say that he is one of the highest paid journalist.

Further, Vine's per year salary for the year 2017/18 was reported at $545,707. There is no doubt that Jeremy's earnings will increase in the coming days.

Jeremy Vine was reported to received a five-figure sum for a post-dinner speech at a a £250-a-head banquet. The program was organised by ADS Group, the trade organisation that represents defence and security industries in the UK.

In January 2018, Vine was one of six male BBC presenters who took a pay cut when the pay gap at BBC was revealed. For your information, BBC reporters like Sarah Montague and Jo Coburn protested against the unequal pay.