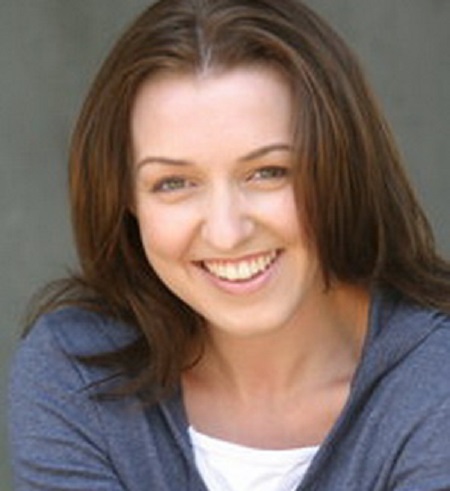 Jessica Starshine Osbourne is an English actress and Celebrity kid who performed in the film named Romeo & Juliet vs. the Living Dead in 2009. But she is best known as the eldest daughter of a famous musician, songwriter, and actor, Ozzy Osbourne, and his first wife, Thelma Riley, a teacher.

She was born on 20 January 1972 in Grimsby, United Kingdom. Her biological brother is Louis Osbourne and Elliot Kingsley, Aimee Osbourne, Jack Osbourne, Kelly Osbourne, are her half-siblings. For her education, she studied at the Italia Conti Academy of Theatre Arts Ltd.

What is The Relationship Status of Jessica?

48 years old celebrity kid, Jes is a married woman. She is now enjoying her secure and comfortable marital relationship with her husband, Been Hobbs. But his true profession has yet to be exposed to the news.

Nevertheless, Starshine Osbourne mostly keeps her private stuff away from the limelight or under wraps. So, because of her secretive nature, there is no proper information regarding her marriage details like when and where the couple got hitched on social sites.

Together, Jessica and her life partner, three children, one son, and two daughters. They are Isabelle Hobbs, Kitty Hobbs, and Harry Hobbs. Currently, she lives a happy life along with her husband and kids in New Mexico USA. But the family frequently rotates to London.

When Her Parents' Ozzy and Thelma Had Divorced?

Now, talking about her parents' relationship, they were together from 1971 until 1982. It means, they enjoyed their marital life together for almost 11 years. Ozzy, the lead vocalist of the heavy metal band 'Black Sabbath and Riley first met at a Birmingham night club named the Rum Runner in 1971. Thelma briefly worked there too.

Within a year, they were married in 1971. They had two kids, Jessica and Louis, born in 1975.  After marriage, the singer Osbourne also adopted a son Elliot Kingsley, aged 54, from Thelma's relation to another unknown man.

However, in 1982, the couple ended their relationship. And the sources claim, Ozzy's dependence on drug and alcohol abuse, and his extramarital affairs with many women, are the reason behind their divorce. He later referred to their marriage as "a horrible mistake" and also claimed that he wasn't a good father for Louis and Jessica.

Most interestingly, Jessica being the unseen member of Osbourne, hates her step-mother, Sharon. Also, she has no good bonding with her half-siblings.

How Wealthy is Jessica?

Meanwhile, Jessica Osbourne's net worth is assumed to be around $100 thousand. As per IMDB, she has acted in TV series, Better Call Saul (2015), Manhattan (2014), and The Messengers (2015). So, for her work, she might be received a decent payroll.

On the other hand, her dad, Ozzy who is a well-known singer, actor, TV personality, and songwriter has a net value of $220 Million. He has amassed his fortune from his successful solo music career. Throughout his work, he has sold more than 100 million solo ablums.