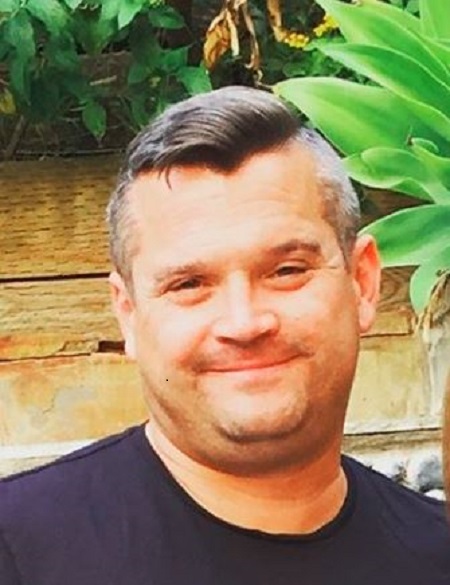 Louis Osbourne is famous as the eldest son of English singer, songwriter, and TV personality, Ozzy Osbourne and his first wife, Thelma Riley. Ozzy is best known for being the lead vocalist of the heavy metal band Black Sabbath, formed in Birmingham in 1968.S

He was born in 1975 in, Birmingham, United Kingdom. e has one biological sister, Jessica Osbourne, born on January 20, 1972. Her half-siblings are Elliot Kingsley, Aimee Osbourne, Jack Osbourne, Kelly Osbourne. As per his citizenship, he is American and belongs to the white ethnicity.

He is a Married Man

Yes, forty-five years old, Louis is a happily married man. He has been living a happy marital life with his wife, Louise Osbourne. Originally from Ireland, Lousie is an actor, teacher, writer and producer and founder at Acting For Screen.

Louis and his bride, Louise tied the knot on New Year's Eve Wednesday, December 31, 2003, in Co Offaly. Their big take day was attended by entire MTV Osbourne expecting Ozzy and his wife, Sharon. During that time, the rockstar Ozzy had a horrific biking accident so after four days, their reception party was held in Kinnitty Castle.

The newlyweds went to South African for their honeymoon. Together, they have two children. Their firstborn daughter Elijah Osbourne on July 13, 2006, and their youngest son Maia Osbourne, born on May 7, 2014. Recently in July 2020, Elijah has graduated from Chad Vale Primary School.

Now, talking about her parents' relationship, they were together from 1971 until 1982. They enjoyed their togetherness for almost 11 years. Ozzy, the lead vocalist of the heavy metal band 'Black Sabbath and Riley first met at a Birmingham night club named the Rum Runner in 1971. Thelma briefly worked there too.

Within a year, they were married in 1971 and had two kids, Jessica and Louis. After marriage, the singer Osbourne also adopted a son Elliot, aged 54, from Thelma's relation to another unknown man.

However, in 1982, the couple ended their relationship. And the sources claim, Ozzy's dependence on drug and alcohol abuse, and his extramarital affairs with many women were the reason behind their divorce. He later referred to their marriage as "a horrible mistake" and also claimed that he wasn't a good father for Louis and Jessica.

How Much is Louis Osbourne's Net Worth?

Louis, who initially performed on the hit TV show The Osbournes alongside his dad Ozzy has been active in the music industry for over two decades. As of 2020, his net worth is estimated at $450 thousand. Osbourne who is the owner of All Night Artists has released five songs named Rare Grooved, Maia, Rarer Grooves, Electric Voodoo, and Delphi's Groove.

On the other hand, her dad, Ozzy who is a well-known singer, actor, TV personality, and songwriter has a net value of $220 Million. This is the combined worth with his long term wife, Sharon Osbourne. He has amassed his fortune from his successful solo music career.

Throughout his work, Osbourne has sold more than 100 million solo ablums. His best highlights work include Crazy Train (Song, 1980), No More Tears (Song, 1991), and Black Rain (Album, 2007). Apart, Sharon and Ozzy bought 11,000 square feet of home at the top of a cul-de-sac. The apartment which contains six bedrooms and ten bathrooms' price is listed at $12.999 million on the market.