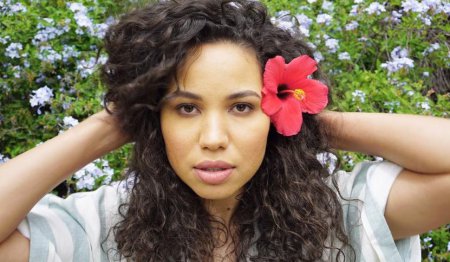 Who is Jurnee Smollett-Bell?

There are few actors who are able to leave a massive impact with their talents and charm. Take actor Tom Hanks for example who has received multiple awards and is one of the respected actors in Hollywood. But, today we are going to talk about an actress who has made a name for herself. The 32-year-old, Jurnee Smollett-Bell is an American actress who received critical acclaim for playing the character of Eve in the 1997 independent drama film, Eve's Bayou.

Jurnee began her career as a child actress with her significant role on ABC Network;'s sitcom, On Our Own. Throughout her career, Jurnee has amassed an impressive net worth and fame. Apart from her successful professional life, Bell also has a cherished married life. So, let's know in full detail about her personal as well as professional life.

Jurnee Diana Smollett-Bell was born on October 1, 1986, in New York City, New York, the United States. As of 2019, Jurnee is 32 years old and her birth sign is Libra. She was born to parents Janet (mother) and Joel Smollett (father). Jurnee has mixed ethnicity as her father was Jewish and her mother is African-American. Besides, Jurnee is the fourth of six siblings as she has one sister Jazz and four brothers named Jussie, JoJo, Jake, and Jocqui.

Smollett-Bell began her acting career on the ABC family sitcoms 'Full House' and 'Hangin' with Mr. Cooper' playing Denise Frazer. She co-starred with her siblings in the short-lived ABC sitcom, On Our Own. Further, she made her big-screen debut in the 1996 film, Jack.

Jurnee received critical acclaim for her performance in the 1997 film Eve's Bayou. For her performance she won the Critic's Choice Award. The following year, she appeared in the CBS sitcom, Cosby for which she won two NAACP Image Awards. In 2015, Smollett-Bell became a cast member in the WGN America period drama series Underground. She will portray Black Canary in the upcoming 2020 film, Birds of Prey.

Talking about Jurnee Smollett-Bell's marital status, she is married to her longtime husband, Josiah Bell. For your information, her husband, Josiah is a musician. The couple tied the knot on October 24, 2010 at the Los Angeles botanical garden in front of close relatives, family, and friends.

The husband-wife duo welcomed their first child a son named Hunter Zion on October 31, 2016. Jurnee and her husband, Josiah has been married for nearly 9 years. The couple started dating around 2004 and as of 2019 they have been together for 15 years.

As mentioned Jurnee's spouse is also a musician. Well, Jurnee starred in a music video for Josiah’s song, “Smoke and Mirrors.” It's quite amazing that Josiah find a musical muse in his wife.

What is Jurnee Smollett-Bell's Net Worth?

Jurnee Smollett-Bell the winner of three NAACP Image Awards has a net worth of $2 million as of 2019. Also, Jurnee earns an annual income of $343,000 from her acting career. There is no doubt that Smollett-Bell earns a hefty sum of money from her professional career.

Most of Smollett-Bell's movies have collected a favourable earnings at the Box-Office. Here take a look at her movies box-office collections:

Apart from acting in tv and films, Jurnee Smollett-Bell also earns an additional income from brand endorsements and commercials.

Smollett-Bell has been active in HIV/AIDS causes since she was 11. Further, she is on the Board of Directors of Artists for New South Africa, an organization dedicated to HIV/AIDS in Africa. Additionally, she is also on the Board of Directors for the Children's Defense Fund. Do you know which actress is also involved in extensive philanthropy works. Well, the famous American actress, Hilary Duff organizes several charitable funds and activities.