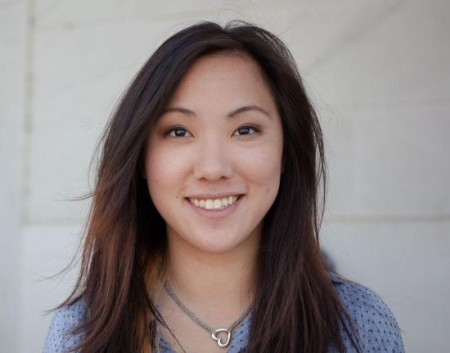 Kat Chow is an award-winning Asian American writer and reporter. She is also a blogger who has written on topics sich of race, ethnicity, and culture. Chow worked as the producer and reporter for NPR, where she founded the Code Switch team. Previously, she worked in Boston at WGBH and helped produced a local news show. Further, Kat is the author of a memoir called Seeing Ghosts.

Kat Chow hasn't revealed her exact birthdate and family background. She was born around 1990, and hence her age is 30 years. Talking about her nationality, Chow is American; she belongs to Chinese heritage. Also, she grew up with two older sisters in Connecticut. Chow graduated with a Bachelor of Arts from the University of Washington.

Kat is a secretive person, and she hasn't shared anything about her relationship status. To date, it is not known whether she is married or not. At 30, Chow is probably single, so she doesn't have a boyfriend. The former NPR reporter might have been in a few romantic relationship before.

Unlike Chow, another NPR radio show host, Terry Gross has a joyful married life with her husband. Kat seems to be focused on her career and might plan to marry in the coming days. The writer is active on social media, where she often shares pictures with her friends. On her leisure time, Chow prefers to travel and enjoy vacations. Further, she owns a few pet dogs.

The exact net worth of Miss Kat Chow is not available. However, she might have collected a net worth of around $80,000 from her career at NPR. Chow worked as a reporter and producer at NPR for over six years. There her annual salary might be over $35,000. She mostly writes stories on gender, race, and generational differences.

Moreover, Chow has led several masterclasses about her reporting in Amsterdam, Louisville, Boston, and Seattle. The average salary for reporters/writers ranges somewhere between $45,000-$150,000. Do you know reporters such as Jodi Kantor owns a huge fortune?

Chow's notable works include reporting on what defines Native American identity. She has won a national award from the Asian American Journalists Association. Similarly, Kat received a residency fellowship from the Millay Colony.

Her stories have appeared in The New York Times Magazine, The Atlantic, Radiolab, and The Sporkful. After graduating, Kat interned at The Seattle Times and Allrecipes.com. Likewise, she has also written several blog posts about gender and racial issues.