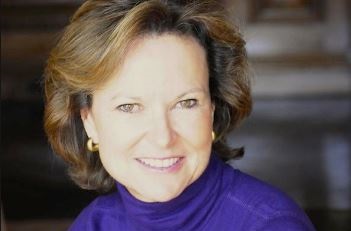 The talented personality Kati Marton is well known in the field of Journalism and a list of authors. She has been engaged in reporting for ABC News as a foreign correspondent. Further, she has been working in Nation Public Radio since 1971, where she started as a production assistant.

Kati was born in Budapest, Hungary on the 3rd of April, 1949. Despite being born in Hungary, she currently holds US Citizenship. Previously, she worked as a chairwoman for the International Women's Health Coalition and has been directing the Committee to Protect Journalists and other bodies which includes the Human Rights Watch, International Rescue Committee, and the New America Foundation.

Kati is living a single lifestyle since 2010. Once a headliner of the affairs and relationship, she has been now single for more than 9 years. The 70 years old author is simply living a wonderful lifestyle despite being alone.

Her first marriage was with a retired international investment banker, Carroll Wetzel who is originally from Philadelphia. The couple exchanged wedding vows in the early 1970s; at that time, Kati was only 21 years old. The pair bounded in a relationship for just three years and later got separated.

Peter Jennings and Kati's way crossed back in 1977 in the city of London. At that time, Kati was already divorced from her first husband while Peter was divorced for the second time. The pair dated almost for a year and finally decided to attach in the nuptial relationship in 1978. Both of the lovely couples are so much deep in love that they seem to flirt in every public place and has appeared in many TV shows together.

Having so much deep in love, the pair welcomed their first child, Elizabeth Jennings, after two years of their marriage in 1980. Later again in 1982, the pair were blessed with a son named Christopher Jennings. Christopher is now 37 years old while Elizabeth is about to turn 40 this year.

The happily married life of the pair lasted for more than one decades, and the reason for their divorce was, she had an external-marital affair with Washington Post Columnist. Their divorce was finally settled in April of 1995. After both choose a separate path, Kati was happy with her new love while Peter married Kayce Freed.

Kati and Richard Holbrooke's relationship were highlighted back in 1987 at that time Kati was still married to Peter while Richard was a single dad at the moment. After lots of drama and all, the pair finally exchanged wedding vows in 1995 which is the same year Marton gets divorced with her second spouse.

The couple seems very happy with each other and they even thought that this would last forever. However, fate has written something else for the lovely couples. Richard who is the father of two sons David Holbrooke and Anthony Holbrooke died on December 13, 2010.

His lost words, according to his doctor, were You've got to end this war in Afghanistan. Currently, he is interred at Oakland Cemetery in Sag Harbor, New York. Having three unsuccessful nuptial relationships Kati is currently living a single lifestyle.

Net Worth of Kati Marton

Kati has an estimated net worth of $10 Million. All of her fortunes are accumulated through her hard work and dedication towards her 4 decades-long outstanding careers. Earlier as a foreign correspondence, she used to earn more than $135,000 per year. However, having a great number of experiences is the field of journalism; she surely gathered a good amount of paycheck.

Furthermore, she is a well-known author of more than half dozens of books which price ranges from $5 to $20 and is sold worldwide from which she has also accumulated a good amount of fortune into her account. Her one of the most loved book is Paris a Love Story and Hidden Power

She sold an apartment at The Beresford for $1.8 Million which prices were at least $7 Million in 2011. As for now, the single and lovely Kati is living a lavish lifestyle and seems quite active in her social sites account.

Salary and Net Worth of Ex-Husbands

A Little is known about Kati's first husband who seems to be an investment banker. But talking about her second husband Peter, he seems to be a very wealthy personality. Being a well know TV personality of both Canada and America he used to receive $7 Million as annual remuneration.

He is one the legendary TV host and many top hosts of today's like Conan O'Brien, Kelly Ripa, and many others are still following his footsteps. After his death at the age of 67, he left an estate valued at more than $50 Million which was willed to his fourth wife and two children. Peter even left assets valued at $1 Million to Peter Jennings Foundation.

It is no strange thing that Kati has been married three times in her life. Her first husband Carroll was a retired international investment banker and there is so much little information regarding him. Her second husband, Peter is one of the sensational personalities of show-business.

He was a Canadian-American journalist who used to serve as a sole anchor for ABC World News Tonight. Which he started from 1983 until his death from lung cancer back in 2005. Additionally, he has linked to various organizations working in various positions. His father was also one of the known journalists named Charles Jennings who worked for the CBC News.

Richard is one of the known figures in the history of American. He was an American diplomat and a well-known author. The only person to hold the position of Assistant Secretary of State for two different regions of the world Europe and Asia.

He was also US Ambassador to Germany from 1993 to 1994. During his time, he has helped different personalities to upgrade their tasks and perform their tasks which includes President Bill Clinton and Jimmy Carter and many more other personalities.