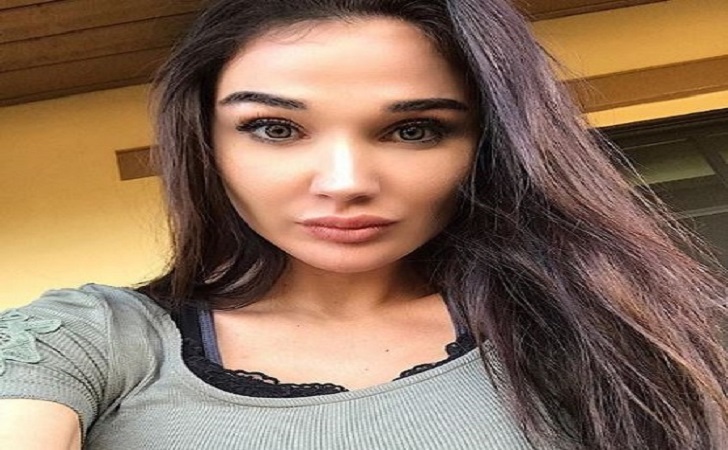 How often do you use Instagram? Are you a daily user of Instagram? This next personality gained immense popularity from her impressive post on Instagram. A highly followed and recognized internet personality Kristina Basham is also a Pianist, Violinist, and model by profession. She even insists that she is a future neuroscientist.

Kristina Basham was born in Walnut Creek, California, the U.S, on 31st July 1988. She, moreover, holds American nationality and belongs to white ethnicity. Her birth sign is Leo, which defines her personality as Vivacious, theatrical, and passionate.

The beauty queen of Instagram, Kristina is single for now, and she is still unmarried. There is no information regarding her current relationship. Maybe, she currently wants to pursue her dream and is highly focused on her career.

Many fans of her are still wondering whether she is dating or not. We will be very glad to share all the information regarding her affairs and net worth. So stay online; there is so much left.

Past Relationship with Scott Adams

Kristina dated Scott Adams who is double in age than her for almost a year. Professionally, her ex-boyfriend is a comic strip creator known as the founder of the Dilbert.

Her love life got very famous on social media. Her fans are still wondering whether the pair exchanged the wedding vows or not.

Despite having a huge age gap, the couple is used to with maintaining a happy and healthy relationship. However, the pair never got married.

For now, the couple is separated and is enjoying their single life. Kristina posted on her Twitter account that she and Scott break up after dating for almost a year. In response, Scott shared a 19-minute long video explaining about their relationship.

Kristina's boyfriend, Scott is a well-known personality. He is the author of several non-fiction works of satire, business, and commentary. He is also the creator of the Dilbert comic strip. Recently, he released his book called Loserthink: How Untrained Brains Are Ruining America.

Additionally to his personal life, he was married to Shelly Miles back in 2006. Shelly has two children name Justin Miles and Savannah from her first marriage. Their almost decade long nuptial relationship ended in 2014.

Furthermore, he posted a blog stating that his stepson died of an opioid overdose and called for volunteer sponsors to sign up on WhenHub to take calls from addicts in need. He is also co-founder of WhenHub.

The Net Worth of Kristina Basham

Kristina has an estimated net worth of $100,000. All of this wealth is gained by her career in the social platform. Being a popular Instagram model, she has gained a massive fan following from all over the world. Currently, she is followed by 4.1 Million people on her Instagram account. An Instagram model like JoJo Babie and Sophia Beverly has a total following of 9.2 Million and 1 Million, respectively.

Her highly intense looks and pose lead her to gain this huge fan following. People from various part of the world is copying her style by shopping from her website. Her website includes different types of stocks, such as pants, shoes, jackets, and a t-shirt whose price ranges from $10 to more than $100.

Apart from all of this, she is an entrepreneur who has opened up a bakery in San Francisco, called LeVasseur Confectionery from which she surely earns a good amount of fortune. Additionally, she works as a volunteer for non-profit organizations like St. Jude Children's Research Hospital and Make A Wish.

Kristina's ex-boyfriend Scott Adams is the CEO of Scott Adams, Inc and has been linked in many other activities. His net value is estimated impressively at $75 Million. He used to get $368,620 as a paycheque from Dilbert.

Apart from that, he is engaged in various professions from which it is sure that he collects an impressive amount of fortune. Additionally, he is a well-known author and has written many books and comics which price ranges from $3 to $100.