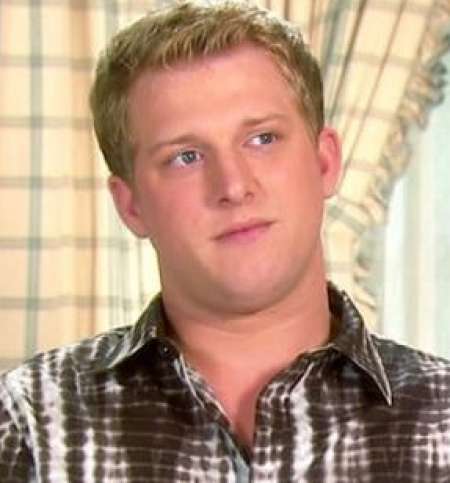 Who is Kyle Chrisley?

In the world of reality shows, Kyle is someone who has been a controversial star. Kyle Chrisley is none other than the son of businessman and media mogul Todd Chrisley. Let see about his relationship, marriage, and the much-raised controversy of his life.

Kyle was born to father Todd Chrisley and mother Teresa Terry on August 29, 1991, in South Carolina. He belongs to white ethnicity and holds American nationality.

Likewise, Kyle has a younger sibling, Lindsie Chrisley with whom he grew up. Similarly. Chrisley has three other siblings Chase Chrisley, Savannah Chrisley and Grayson Chrisley from his father's second marriage with Julie Chrisley. However, Chrisley has not disclosed his educational degrees. But, he has participated for the Red Cross organization to Samoa.

Further, Kyle started his career in his father's reality series 'Chrisley Knows Best.' The life of the family was telecasted in the TV series. However, he abandoned the series after he went for rehab and never returned to the series. Moreover, he launched his music albums with his wife.

Kyle started experiencing drug abuse after the first season of his show. Furthermore, he was sent to rehab for over four years. Meanwhile, Kyle was in a relationship with his girlfriend Angela Victoria Johnson. Johnson even delivered her first baby Chloe Chrisley on November 10, 2012. The couple had a sweet relationship until Kyle's drug abuse changed the course of his affair.

Chrisley's violent behavior and his intimidating ideas eventually led to an end in the love life. Angela also faced domestic violence under him. She further claims that Kyle tried to choke her to death while she was pregnant with the baby. Besides, she mentions that Kyle threw a bottle which eventually hit her daughter.

Similarly, Angela fought for her daughter's custody but lost it to husband Kyle. As of now, the custody of the baby is with their grandparents Todd Chrisley and Julie Chrisley.

Meanwhile, Kyle was seen with a singer girlfriend, Alexus Whilby. Later, he married Whilby in 2014. They have no children from their marriage. However, Kyle claims that he would make Whilby a great mother someday.

Apart from that, the couple is involved in music., and the dusky beauty also helped Kyle with his music career. Kyle has been sober, and the duo is busy with launching their music career.

Kyle's public appearance in the media world has garnered him into the spotlight. Similarly, being a controversial star, he has also gathered good prosperity. This has undoubtedly helped him in strengthening his music career.

His overall net worth is estimated to be over $1 million. Similarly, his father Todd Chrisley has a whopping asset of over $45 million. Senior Chrisley also invests money in different real estate business and reality shows, however, in 2014, Todd was bankrupt and had to file a lawsuit with a debt of over $50 million. On the other hand, mother Julie Chrisley has a net worth of over $3 million.

Currently, he relishes the bank balance gathered by his family alike Jessica Aldean who also enjoys property of her ex husband.