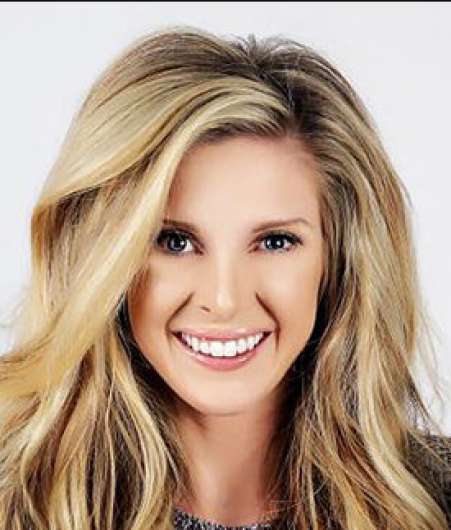 Who is Lindsie Chrisley?

Globally recognized actress and reality star Lindsie is not an unknown figure in the glam world. This young lady is well known for her sultry figure and her dashing eyes. Here we present you the much renowned Chrisley Knows Best star, Lindsie Chrisley.

Chrisley was born to father Todd Chrisley and mother Teresa Terry on September 17, 1989, in South Carolina, USA. She holds an American nationality and belongs to white racial identity.

She has an elder brother named Kyle Chrisley and three half-siblings Savannah Chrisley, Chase Chrisley and Grayson Chrisley from her father's marriage with Julie Chrisley.

Chrisley started to gain popularity portraying on her father's TV series Chrisley Knows Best. It included all the family members and their daily lifestyle. Further, Lindsie appeared in more than 24 episodes of the four seasons.

Lindsie grew up in a miserable family, Her parent's divorced while she was young. Although she lost the love of her biological mother, she after got raised by her step-mother Julie Chrisley.

Similarly, her stepmother Julie was previously married to Kenneth Wayne Childress who worked as a pipe fitter. The couple tied the knot while she was 18, and Kenneth was 24. However, their marriage could not last long, and they separated their way.

Besides, Lindsie then married her boyfriend at the age of 19 in 2012. Her father's denial of the marriage led Lindsie to elope with her boyfriend turned husband, Will Campbell.

Later, after five months of fled, Lindise got pregnant with their child. Further, she gave birth son Jackson Campbell in 2013. However, not everything goes in real life. After being together for over eight years, the couple parted away.

They claimed the divorce to be due to conflict of interests and several private reasons. Initially, they tried to stay away, but, their son was one of the reasons that put them in touch. Similarly, the ex-couple started sharing number and further realized about their much-needed love.

Moreover, the on-off couple felt incomplete without each other. Shortly, Lindise and Campbell got together and currently lives a happy life along with their family.

Lindsie earns a good income from her acting career. Likewise, she has garnered good fame from her father's reality show. Her net worth is estimated to be over $1.6 million.

Besides, her father Todd Chrisley has accumulated a bank balance of over $45 million. As a real estate mogul, he invests his money in different enterprises, which brings him a good fortune.

Lindsie has a slender body and stands a height of over 167 cm. She has a healthy weight of over 55 kg. Likewise, she posses blue eyes an blonde hair.

Chrisley is much active in social media. She has a fan base of over 450k on her Instagram page and over 147k on her official Twitter handle.