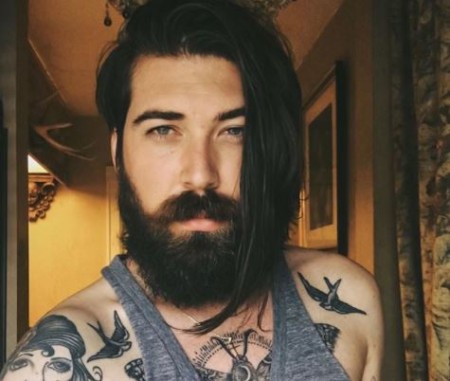 Lane Toran is an American actor, composer, voice actor, and musician. He is best known for his voice-over role of Arnold Shortman on the Nickelodeon animated show, Hey Arnold! Further, Toran also lent his voice on Disney's Recess as King Bob.

The 37-year-old Lane Toran is a married man. He has been married to actress/ballet dancer, Jaclyn Betham, since 2012. The couple first met at a casting office, and shortly afterward, they began a relationship. Lane and his wife, Jaclyn, have been married for eight years as of 2020.

Currently, the couple is happily married, and there are no rumors of extramarital affairs. However, they do not share any children. It seems Lane and his wife are focused on their respective career as of now.

Recently, the pair worked together for a supernatural horror film named Getaway in 2020. Additionally, Lane served as the director and writer for the film.

The 34-year-old Jaclyn is best known for her work on NCIS: New Orleans, The Haves and the Have Nots, and Dear White People. As an avid ballet dancer, Betham founded a nonprofit organization called Betham Ballet Theatre.

There is no exact information about Lane's net worth and income. He is active in different professions and might earn a desirable sum of money. As coming from a family of actors, Lane began his career at a young age. He gained mainstream sucess for Hey Arnold! in which he voiced-over the role of Arnold Shortman. Lane might have a net worth of at least $200,000.

Lane has been active in the entertainment industry since 1995. Since then, he has appeared in several films and television shows. The average salary for actors ranges from $45,000-$145,774 per year. The earnings also depend on the actor's contract and his credibility. Unlike Toran, another female voice-over actress, Tara Strong, has a net worth of $10 million.

Looking at Lane's lifestyle, he prefers to live a humble life. He and his wife, Jaclyn, currently reside in a beautiful home located in Los Angeles.

While Toran has been relatively low-profile than his early career days, he is still working. Apart from acting, Lane is active as a musician and songwriter. Well, he produced a track for The Osbourne Family Album called Mirror Image. Also, he has produced and recorded indie artists. Do you know Lane and Haylie Duff co-wrote Sweet Sixteen and Inner Strength for Hilary Duff's album, Metamorphosis?

In 2017, Lane returned to Hey Arnold! The Jungle Movie to voice some characters. He frequently appears in television shows in small roles. Previously, Lane portrayed the role of Rod in a television show, 7th Heaven from 1997-2001.