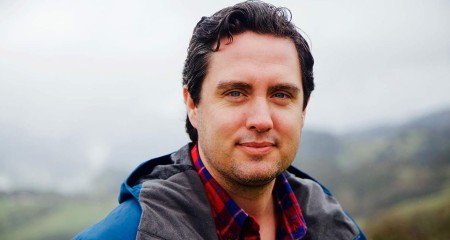 American TV editor, Leif Coorlim is currently working as an executive editor of the CNN Freedom Project, where he has overseen in hundreds of stories on modern-day slavery from the network's global headquarters in Atlanta. He is also notable for his direction in the biographical news documentary, The Fighters. Recently, he directed a television movie documentary, Troubled Waters.

Coorlim was born on 20th August 1979, in Berkeley, California, United States. Moreover, he is an American by his nationality and belongs to white ethnicity/white. Other than that, he is living a happy married life.

CNN journalist, Leif is living in a blissful conjugal life with an American journalist, Isha Sesay. The two walked down the aisle at Waldorf Astoria Atlanta Buckhead, Atlanta, Georgia, in 2013.

All the things were going perfectly upon their wedding, but something happened between them, which resulted in their separation. The pair didn't share children from their marriage.

How The Former Couple First Met?

The duo met for the first time in 2005 while working for the CNN network, where Coorlim was as an executive editor. On the other hand, Sesay served as a top anchor and correspondent, covering the elections and national emergency news.

Through the time was passing day by day, their chemistry was created in such a tremendous time. They further started dating and engaged while they were working for the CNN news channel.

Leif Coorlim's net value is $1.8 Million as of 2019. He earns a handsome sum of amount from his profession as a TV editor. As of now, a TV editor makes $66,000 per year in the United States.

Coorlim is working for the CNN Freedom Project, where he edits and produces feature programs and documentaries. Similarly, Jeff Zeleny and Clarissa Ward are working on the same channel.

Experienced Gained in the Field of News

Graduate of the University of Portland, Coorlim started working as a writer for KOIN-TV from May 1998 to August 2000. He then became the producer for KPTV Fox 12 Oregon in September 2000.

Leif began to serve as a producer for the WTTG - Fox television news located in the Washington D.C. metro area from May 2003 to January 2008. He further worked first as a senior producer for 4 and a half years and then promoted as an editorial director in June 2010. He currently serves as an executive editor for the CNN International news since May 2012.

Pursued as a TV Editor

Award-winning journalist Leif Coorlim made his debut with his self-produced TV special video, Climate Change Debate, in 2009. He, moreover, wrote a TV movie documentary, Innocence for Sale in 2010. In the same year, he directed a short documentary, Common Dreams, starring Fabiola Desmont and Justin Dillon in 2011.

Coorlim got his big break from the biographical news documentary, The Fights in 2012. He, furthermore, edited a short documentary, Children for Sale: The Fight to End Human Trafficking in 2014. He also directed a TV documentary, Slavery in West Africa in 2014. Recently, he wrote, directed, and produced a new TV movie documentary, Troubled Waters, in 2019.