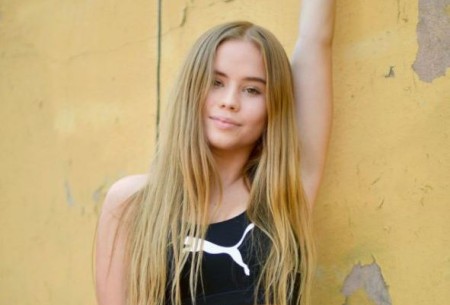 Lexee Smith is a versatile American dancer who is best known as the member of the dance crew, 'LilBeasts.' She was previously a member of another famous crew called 'Latin Flavah.' Besides dancing, Smith has a strong passion for modeling, singing, acting, and fashion.

Lexee has appeared in a few television series in a guest role. Similarly, she has appeared in some music videos as well. At a young age, Smith has won many hearts from her dancing and other talents. She has danced for big artists such as Ariana Grande and FKA Twigs.

At 19, Lexee Smith is single and isn't dating anyone at the moment. Hence, she doesn't have a boyfriend and is entirely focused on her career. Further, Smith hasn't shared if she is open to having a relationship currently.

In the past, Smith was said to be dating Josh Beauchamp, fellow dancer of the LilBeasts. As per sources, they were secretly dating each other after their first meeting. However, neither Smith nor Beauchamp confirmed their relationship. Therefore, the news about Lexee's love affair is entirely false.

On the other hand, Smith is an open-fun-loving girl. She likes to hang out with her friends, enjoys parties, events, and traveling.

The talented dancer, Lexee Smith, has a net worth of around $100,000 as of 2020. Although she is of young age, Smith has already embarked on her professional career. Additionally, she has worked for some of the big artists as well. Also, she creates content for popular fashion brands.

Smith earns a decent sum of money from her career as a dancer, model, and social media star. As of now, she is the crew member of the dance group LilBeasts, which has brought her both fame and money. She has done modeling for brands such as Balenciaga, beatsbydre, fashion nova, among others. Like Smith, Madison Haschak, and Sierra Haschak are also renowned dancers.

Lexee has partnered with some fashion products and keeps appearing in promotions of the brands through social media and other platforms. Hence, some of her endorsement deals add a certain amount to her wealth.

As mentioned, Smith's passion is dancing. Her mother once revealed that Lexee, at age 4, wanted to become famous in the entertainment industry. She began her dancing career as a member of Latin Flavah.

Apart from her killer dancing moves, Smith has good taste in fashion as well. She is also finding her way to the modeling and acting career. She has made guest appearances in the TV series Teens wanna Know and has a video appearance in The Party Follows Me.

Lexee Smith was born on March 2, 2001, in Houston, Texas, the United States. She has two younger brothers, and her family resides in Los Angeles.

Lexee completed her schooling in Texas. Meanwhile, it is speculated that the famous dancer is going to enroll at the Edge Performing Arts Centre in Los Angeles.

Talking about Smith's social media presence, she has quite a decent number of followers. Her Instagram account has 458k followers, while her Twitter has nearly 15k followers, as of October 2, 2020. Smith's self-titled YouTube channel has earned over 46.5K subscribers.