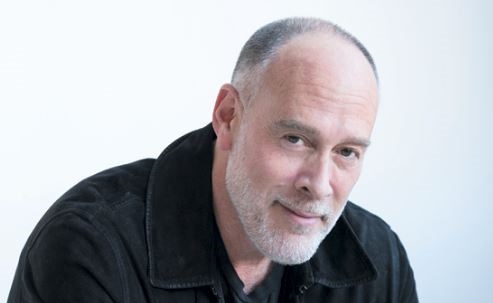 Marc Cohn is an American folk-rock musician and singer-songwriter. His song Walking in Memphis from the eponymous album helped him to gain a massive fan following all over the world. Cohn also received the honorary part of one of the iconic elements of the Great American Songbook. In 1992, he won the Grammy-Award in the title of Best New Artist.

Marc was born on the 5th of July, 1959, in Cleveland, Ohio, the USA as Marc Craig Cohn. He grew up in the Jewish family learning the Jewish tradition. For his education, he went to Beachwood High School, where he gained essential life lessons.

Through his music, Marc managed to inspire lots of people around the world. The fans adore him, and with his charming personality, he's won the hearts of many girls around the world. Unfortunately, the 60-years-old rock star is currently single.

After getting engaged with a couple of women in his lifetime, the singer now seems to enjoy his single life. With no relationship commitments, the rockstar is very much focused on his music. He is touring with his band more often while visiting exotic destinations around the different the world.

The singer first met Jennifer George back in 1988. The pair were too busy with their careers at that time, but somehow, they managed to share a romantic bond. At the time, Marc was starting in his career while Jennifer was already a successful fashion designer.

After dating for a couple of months, the pair decided to take their relationship to the next level. On May 20, 1988, the pair exchanged the wedding vows with each other. From their lovely relationship, the couple shares a daughter Emily Cohn and a son, Max Cohn.

After a couple of years of marital relationship, the couple parted ways with each other in the early 90s. The exact date of their separation is kept a secret by the duo.

Marc attended the men's singles final in 1999, where he locked his eyes on Elizabeth Vargas. The pair watched each other rather than the match as they were seated almost opposite sides of the court. He still recalls a memory about asking her. If you're cold, I'll bring you my coat.

A few days later, Marc called Elizabeth and set up a date at her Upper West Side apartment alongside Marc's two kids. They talked about politics, song lyrics, Proust, and religion. Having a different lifestyle, taste, and profession, they still managed to fall for each other.

Marc's son purposed to Elizabeth on the favor of Marc

Marc decided to get engaged with Elizabeth, so he took his kids to Central Park and reveal the news. All arrived very excitedly after hearing that news. His daughter even asked that if this is an April Fool's joke.

Later that night, they all have dinner together at Nick & Toni's on the Upper West Side alongside Elizabeth. On that period, Marc's son unexpectedly got on to his knee in the restaurant and asked Elizabeth if she wants to be his stepmother.

After two months, the pair exchanged the wedding vows on 20th July 2002 at the Council on Foreign Relations on the Upper East Side. The venue filled with friends like Jackson Browne, Bryant Gumbel, and Matt Lauer.

They tied the knot in a Jewish Catholic ceremony that took place under the cantaloupe-colored canopy. At the wedding, the bride grabbed all the attention when she arrived in a strapless Vera Wang dress that had none of the ribbons, tulle, or poufs.

During the reception, all the guests gathered close around the bride and groom, where Marc sang his song "One Safe Place," which he stated that he had composed for Elizabeth after they met.

Elizabeth gave birth to two children, Zachary Raphael Cohn, and Samuel Cohn. After the arrival of Zac and Sam, the pair expand their family from two to four. It looked like everything was going well for the family until one day, Elizabeth could not get out of alcohol addiction.

On 6th November 2013, Elizabeth stated that she is undergoing treatment for alcohol addiction, which was confirmed by New York Daily News. After Elizabeth came home from a Tennessee rehab back in 2014, where her hubby got prepared to show her the divorce paper.

The rehab's supposed to be her last rehabilitation center after relapsing for the third time. Within a just few days, Marc shows the divorce paper to her. Vargas could not believe it, and it was not something that she expected.

The beautiful and romantic love life ended in August 2014 in a mutual understanding. However, both of the ex-couple has stated that they will remain still close and will be pampering their kids without a doubt.

Marc's second wife Elizabeth is one of the known public figures. She is an American television journalist and mostly known for her work as an anchor in news magazine 20/20 and ABC News. She previously anchored for World News Tonight.

Currently, she is the lead investigative reporter/ anchor for A&E Networks. After getting separated from Marc, she wrote her memoir Between Breaths: A Memoir of Panic and Addiction, which got published on 13th September.

The net worth of Marc Cohn

Marc has an estimated net worth of $14 Million. His successful career leads him to earn all of this net worth. The song Walking in Memphis became one of the all-time great songs that got him to earn massive fame and name.

Being a vast music personality, he often tours around the world. Last November, he visited nine cities from which it can be stated that he has gained a right amount of income. Cohn, furthermore, is living a lavish lifestyle, which can be confirmed by his Instagram pictures.

Net Worth of Ex-Wife, Elizabeth

Elizabeth has a net worth of $6 Million. Being a well-known TV personality, she has collected all of her net worth through her outstanding career. She has also featured in some of the blockbuster movies.

Her starred movie has grossed $100.5 Million worldwide with a production budget of only $58 Million. Additionally, she is an author and her book Between Breaths has rated 4.5 stars out of 5 stars. The price of the text in the market is around $22.97. As for now, she a proud single mom and living a healthy and prosperous life.

Cohn was shot in the head

Cohn has been news of headline on 7 August 2005. While he was traveling with Suzanne Vega for the concert tour, he was shot in the head during an attempted of carjacking in Colorado.

He was hospitalized for observation and found out that the bullet barely missed his eye and was lodged near his skull. The doctors discharged him within eight hours and stated that he was fortunate to be alive.

The Police arrested the criminal, and the judge sentenced him to thirty-six-years in prison.

Marc found successful since the beginning of his musical career. His debut solo album gained him a massive name and fame. In the year 1991, he was nominated for Favorite New Artist by American Music Awards. Later he won the Grammy Awards for Best New Artist.

His all-time favorite song Walking in Memphis lead him to get nominated for Pop Male Vocalist and Song of the year in the same years at the 1992 Grammy Awards. The man of many talents can play both guitar and keyboards. As for now, he is busy touring, and maybe we can listen to his new-new creation sooner.

Dig in for more biography and gossips at Married celeb.