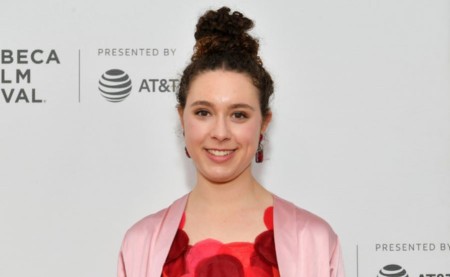 American film director, Emily Cohn is well known for her directions in the comedy-drama movie, Crshd. She is also widely recognized as the daughter of Marc Cohn, who's a Grammy Award-winning singer-songwriter and famous for his debut song, Walking in Memphis.

Emily was born in 1995 in the United States of America and holds an American citizenship. Born into a Jewish family, she belongs to white ethnicity/race. Aside from this, what's going in her personal life, is she dating someone or married? Find out more in detail about Cohn's personal life in the below.

New York-based filmmaker, Emily is currently single and lives a secretive life. Nevertheless, her fans are curious to know about her personal life. But, she hasn't told anything about her intimate details despite being a celebrity child.

Cohn is busy focusing on her filming career and prefers to become a successful person like her father, who mesmerized the world with his talent. As of now, she maintains a low-profile personality, which might be the reason why she isn't dating.

Emily's parents, Marc Cohn and Jennifer George had enjoyed the most romantic moments of their lives. The couple walked down the aisle on 20th May 1988 at the bride's house situated in Stamford, Connecticut.

Four years after their nuptial, the couple welcomed their first child, Max Cohn in 1991. As of now, Max is now 28 years old. The couple then shared their beautiful daughter, Emily, in 1995.

The pair were happy in their marital relationship for many years, but their marriage didn't last long because of some misunderstandings. The couple later divorced, and Marc took the custody of their kids.

Cohn's dad, Marc then married to his second wife, Elizabeth Vargas, who's a journalist for ABC News on 20th July 2002. Their wedding ceremony was held at the Council on Foreign Relations on the Upper East Side, New York City, New York.

The bridegroom invited most of their friends, including Carly Simon and her son, Ben Taylor, Bryant Gumbel, and Leonard Lauder, among various others. Their marriage was a Jewish-Catholic ceremony.

At the time of their wedding ceremony, the bride, Elizabeth wore a Vera Wang dress which had no poufs, tulle, and ribbons. Meanwhile, Marc was also dressed perfectly, wearing a black tuxedo and a rose on his left pocket.

Unfortunately, the pair separated after living 12 years together in a marital relationship and filed for divorce on 20th August 2014. Their divorce was further confirmed in late-2014.

The 24-year-old film director, Emily has a net worth of $250 Thousand as of 2019. Likewise, she also makes handsome money from her profession. In the United States, the average income of an actor is $56,502, reported by Salary.com.

Check out the interview of Emily Cohn

Cohn's debut movie, Crshd was a life-turning opportunity for her, which became a successful hit film. She gained 7.8 out of 10 from 34 ratings. Just like her, some other film directors like Noah Baumbach and Marc Evans also grabbed the attention from their first directed movie.

If You're Fond Of Reading, Then Visit Married Celeb!!! For More Biographies & Articles