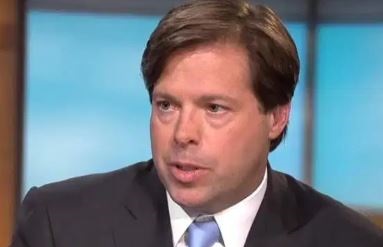 Mark Wallace is a well known American lawyer, businessman, and former diplomat. Previously, he was the Chief Executive Officer of the Counter Extremism Project and United Against Nuclear Iran. He has also served in various positions during the administration of President George W. Bush which includes the Ambassador for the United States.

Mark was born in Miami, Florida, in the United States on 31st December 1967. He received both his Juris Doctor and Bachelor's degree from the University of Miami.

Mark met Nicolle Wallce back in 2004 and started dating each other since then. Mark proposed to Nicolle on the day of President George W. Bush's second inauguration; she even showed off the ring to the Bush. In 2005, the pair shared their wedding vows. It was a great wedding ceremony; most of the powerful personality was there as their guest.

Being bounded nuptial relationship for so much longer period of time, the pair welcomed their son, Liam Wallance back in 2013. Currently, Liam is six years old and living with her mom. Nicolle often takes him to his show while Mark is still taking care of Liam in every possible manner. Furthermore, the pair were featured in HBO's Game Change where Sarah Paulson played as the Nicolle and Ron Livingston played as Mark.

After sharing the nuptial relationship for 14 years, in March 2019, Nicolle initiated divorce proceeding and the pair are now in their own individual path. However, some of the news has revealed that the pair were living separately from 2018.

Nicolle is currently dating two-time Pulitzer Prize-winning American journalist Michael S. Schmidt who is an almost regular guest on her show. Many people have stated that the reason behind their divorce is due to Michael.

Nicolle is an American author, anchor and is the chief political analyst for NBC and MSNBC News. She is also known as the former co-host of the ABC talk show The View. She was born on the 4th of February back in 1972 as Nicolle Devenish.

She was raised in Southern California as a eldest child of their parents. After getting her master's degree in 1996 from Northwestern University's Medill School of Journalism, she started her outstanding career.  In 2013, she publicly supported the legal recognition of same-sex marriage.

How Rich is Mark Wallace?

Mark has an estimated net worth of around $10 Million. However, his actual wealth hasn't been officially estimated as of now. He holds one of the powerful jobs in the world and is one of the successful businessmen.

Though Mark is a little bit possessive regarding his personal life, he won't hesitate to divulge his earnings. According to the survey, he is receiving a wage of more than $300,000 annually as a Chief Executive Officer. Currently, the 52-year-old Mark is living a lavish lifestyle though he is now a divorced man.

Being one of the know public figures, she has an estimated net worth of $3 Million which is equal to both Liberte Chan and Julie Chrisley. She has accumulated all of her net worth through her career. Being one of the senior political analysts at MSNBC, it is sure that she earns a good amount of remuneration through her outstanding performance.

Additionally, she has released more than a dozen books from which she gets a nice amount of payment. Currently, she is living in her Roxbury mansion.

Dig in for more biography and gossips @ Married Celeb