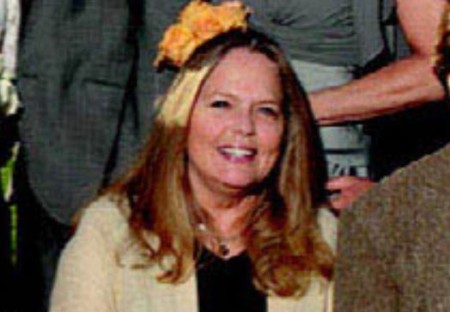 Are you familiar with the famous American personality, Dick Van Dyke? Well, he is an actor, comedian, writer, and singer best known for the CBS sitcom, The Dick Van Dyke Show. But today we are going to discuss his daughter-in-law, Mary Carey Van Dyke. She is best known as the wife of Barry Van Dyke, Dick's second son.

Like his father, Barry is also an actor and has worked with him on multiple projects. Barry is best known for playing the role of Lieutenant Detective Steve Sloan on Diagnosis: Murder. However, there is not much information about his longtime wife, Mary.

The celebrity wife, Mary Carey Van Dyke is married to her longtime husband, Barry Van Dyke since 1974. As per reports, the couple first met in 1967. However, there is no additional information about their relationship history. Nevertheless, the couple has been together for a very long time. To date, Barry and his wife haven't been involved in any controversies.

Mary shares four children with her husband, Carey, Shane, Wes, and Taryn. Carey was born on February 25, 1976, Shane on August 28, 1979, Wes on October 22, 1984, and the youngest, Taryn on June 1, 1986. The family of six has a very strong relationship. Additionally, all four kids have acted alongside their grandfather, Dick in Diagnosis: Murder.

As mentioned, all of Mary's children are actively involved in the entertainment business. Carey is an actor and writer best known for appearing in The Silence, Chernobyl Diaries, and Don't Worry Darling. In 2000, he married Anne Coolbaugh and welcomed three daughters, Ava (b: 2001), Gracie (b: 2003), and Jane (b: 2007). Anne has two children, Alex and Mia from her past marriage. It is said that Carrey and Anne are divorced.

Mary's second son, Shane is also an actor, writer, and director. He is best known for working in The Silence, Titanic II, and Chernobyl Diaries. The third son, Wes first tried his hand on acting. However, he later realized his passion for painting. He often shares his artworks on social media.

Mary’s youngest child and only daughter, Taryn is an actress as well. She appeared with her elder siblings on Diagnosis: Murder. Back in 2017, there was a rumor that Barry had died. Additionally, several online tabloids wrote about his death hoax. However, as of 2021, Mary, her husband, Barry, and their four children are all happy and healthy.

Mary Carey Van Dyke shares her husband's net worth of $6 million as per celebrity net worth. There is no exact information on what Mary took as her professional career. It seems she got busy raising her kids, while, Barry was working on sets.

Barry mostly appeared on television shows and his family sitcoms. From 1993-2001, he appeared as Sloan on Diagnosis: Murder. Likewise, in 2019, he appeared in two feature films, Heavenly Deposit and The Untold Story.

Meanwhile, Mary's father-in-law, Dick Van Dyke has a net worth of $50 million. He has received five Primetime Emmys, a Tony, a Grammy Award, along with other prestigious awards. Like the Van Dyke family, actors Stephen Huszar and Brittany Bristow have also worked for the Hallmark channel.