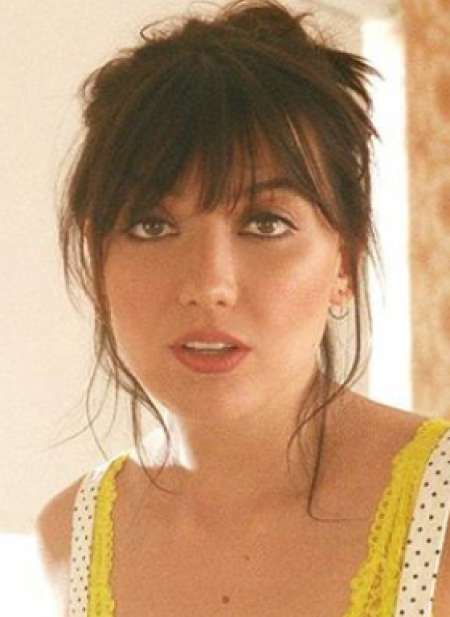 Who is Daisy Lowe?

If you're interested in modeling and the glam world, then you have opened the right page. Here we bring our viewers about the marriage life of the famous English fashion model Daisy Lowe.

Daisy Lowe was born as Daisy Rebecca Lowe on January 27, 1983, to singer-songwriter Gavin Rossdale and fashion designer Pearl Lowe in Westminster London. Further, Lowe has two half-brothers and a half-sister, Alfie, Frankie and Betty from her mother's marriage with Danny Goffey. Further, she has three younger half-brothers, Kingston, Zuma and Apollo from her father's marriage with singer Gwen Stefani.

Lowe went to South Hampstead High School, however, she has not disclosed about her college digress. Likewise, she signed her first modeling contract at the age of 15 after a scout proposed while she was walking around Camden Town.

Besides, she has featured in some of the well-known magazines such as Vogue, Harper Bazaar and i-D. Likewise, Lowe went for a topless shoot for Esquire Magazine. The same year, she also posed nude for Playboy Magazine.

Daisy grew up with her grandmother. She was into the limelight due to her mother's controversy. Lowe believed herself to be the daughter of Pearl Lowe's former lover Bronner Handwerger, however, she came to know about her real father at the age of 15.

On doing an arranged paternity test, it was founded that, Lowe was the daughter of her godfather Gavin Rossdale. Meantime, her mother Pearl confessed about her one night stand with Rossdale which eventually clarified about her biological father.

Similarly talking about Daisy relationship, Lowe had an affair with former dancer John Leigh. They met through a mutual friend but their relationship could not carry on. Prior to her affair with Leigh, she dated actor Matt Smith, however, they got separated in 2011.

Also, she was in a romantic relationship with famous musician Tyrone Wood. Tyrone is the son of famous musician Ronnie Wood and Jo Wood. He also has a brother Jesse Wood who is currently married to Fearne Cotton. Sadly, their romantic bond also didn't last for too long.

Currently, the sultry model is a relationship with musician Thomas Cohen.

Daisy has reportedly accumulated a sumptuous net worth through her work. As a model to some of the leading magazines, she has stashed a handsome income in six digits.

Further, Lowe also brands many fashion enterprises. Her enthusiastic career brings her a hefty payroll. Similarly, she possesses an asset of over $1.5 million.

Although Daisy has not disclosed her shares, bonds & insurances to the public, she has probably invested in good terms.

As per his birthdate, Lowe is currently 30 years old.

Daisy has a good amount of followers on her social media page. She has a fan of over 350k on Instagram and over 159k on her official Twitter handle.