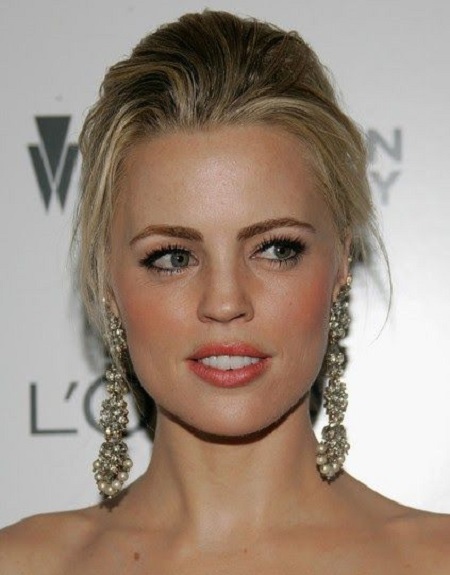 Melissa George is an Australian actress and entrepreneur who made her breakthrough with the neo-noir/science fiction film Dark City in 1998. Also, she is famous for her role Angel Parrish in Australian soap opera Home and Away from 1993 until 1996.

Melissa Suzanne George was born on August 6, 1976, in Perth, Australia. She is the second of four children of Glenn George, a construction worker and Pamela George, a nurse, and Glenn George, a construction worker. Further, she has two sisters, Kate George, Marnie George and a brother Brett George. Also, her cousin is opera singer Taryn Fiebig. So far, she holds Australian American citizenship and is of mixed ethnicity.

George who plays Sadie Harris in Grey's Anatomy has not confirmed being in a relationship with anyone. So we do not have an idea of whether she has a boyfriend or not at the current time. Nevertheless, she referred to herself as a 'single mother' and must be busy raising them in  New York City, New York.

Back in July 2019, the momma of two Melissa's engagement rumours sparked when she wore a huge diamond ring at a Paris Fashion Week event. But the former Home and Away star has not openly confirmed her new love affairs to the media yet.

Yes, you read that correctly. Aged 44, the soap opera actress Melissa was in a marital relationship with her now estranged husband, Claudio Dabed. He is a Chilean film director. They first met in the year 1998 in Bali.

After dating for two years, the former spouses tied the knot in the year 2000. However, after being together for nearly 11 years, they announced that they are no together in 2011. After a divorce, she began a new relationship with founders of Def Jam Records, Russell Simmons in 2012.

Before marrying Claudio, she was in a relationship with Steve Bastoni from 1995 to 1997.

Heartbeat's star, Melissa Suzanne then met her partner Jean David Blanc, aged 51, in 2011 at a BAFTA after-party. He is a French entrepreneur, film producer, jazz musician, and writer.

Following the year, the couple started dating and since then they lived a happy love life together until 2016. From their relationship, they have two sons, Raphael Blanc, born in 2014 and Solal Samuel Glenn Blanc, born in 2015.

But they announced their separation in 2016 following their allegations of domestic abuse. Then they became embroiled in sharp disagreement over the custody of their kids since their spilt.

What is Melissa George's Net Worth?

Working for the Entertainment Industry since 1993, Keddie has undoubtedly garnered a huge amount of fortune. As of early 2020, her net worth is around $5 million. She has earned her impressive worth from her acting career as she performs on both TV and film screen.

Similarly, George is earning a payroll of about $69000 per year for her movie and television roles. Further, she has endorsed the brand's Napoleon Perdis and Linneys. Some of her movies eventually gained a good review and became high box office collections worldwide.

Apart, she works as the inventor of the gadget, Style Snaps, which aimed to adjust the length of the pant hem without sewing. The product is sold through direct response TV. And she said she is making more money than her acting work.