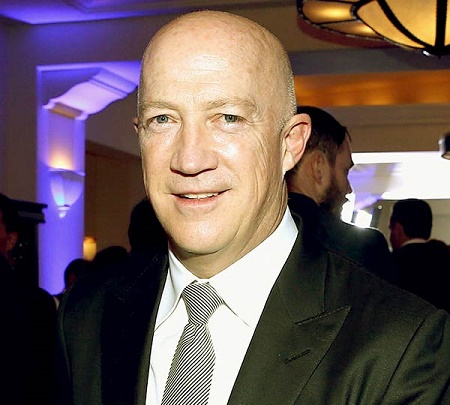 Michael J. Dodd is an American businessman who is known for his works including as president of COO for LeapFrog (2005-2016) and as COO of Executive Technology and Targus. However, he got huge popularity after marrying a famous reality TV star, Kelly Dodd.

He was born on 3 April 1959 in the United States of America. He holds American citizenship and belongs to the white ethnicity. As per his education, he received his degree from Texas A&M University. But, Dodd has not disclosed any information regarding his family background.

Michael J Dodd was once married to his girlfriend, Kelly Dodd, who is 44 years, for 11 years. The ex-couple first met in 2004 and began dating ever since then. They were married in the year 2006 at a private ceremony wedding.

The duo was blessed with a beautiful daughter, Jolie Dodd born on 9 July 2006. After several years of blissful married life, their love and affection continued to fail. So they dedicate themselves to reignite their relationship in October 2017. But Kelly originally filed for divorce in 2012 where they tried numerous times to reconcile.

Their divorce was finalized in February 2018. Since the division, Michael has been living a very low key life. But, his ex-Kelly is engaged to an American reporter, Rick Leventhal in Nov 2019. Well, the father of two, Rick has been married twice to Penny Daniels (divorced), and Beth Shak (2016‒2017).

Are Kelly and Michale Co-Parenting Their 13 years old Daughter Properly?

The former couple has certainly found the right balance co-parenting their daughter since the divorce. But Kelly and Michale aren't in the right shape for now. The TV star once said that they are fighting, at the RHOC panel alongside Gina Kirschenheiter, Shannon Beador, Tamra Judge, and Emily Simpson.

The sources also confirmed that Michale is applying for custody seeking to keep their daughter safe from Kelly's recklessness. The source reports that Michael is afraid of Kelly being too wild "and constantly drunk in front of his daughter." But he thinks Kelly isn't fit for being a mom, the sources added.

Recently, the Bravo star left her daughter Jolie to be in New York with her fiance Rick amid the pandemic. So Michael is concerned about Kelly's constant travel to NYC as she could expose her daughter to the virus. Well, NYC is the outbreak's epicenter with the highest death rates.

Michael J Dodd is an American businessman who has a net worth of $550 thousand as of early 2020. To date, he has worked for various organizations like Reliant Energy, Compaq, LeapFrog, Technology, and Targus, which undoubtedly helped him to make an extra sum.

On the other hand, his ex-partner, Kelly Dodd has a net value of $10 million. Also, she earns from $150,000 to $200,000 per season as the cast members of RHOC. Besides this, Michael and Kelly sold their 4,370-square feet Newport Beach house for $5 million. The beautiful apartment was originally listed for $6.25 million.