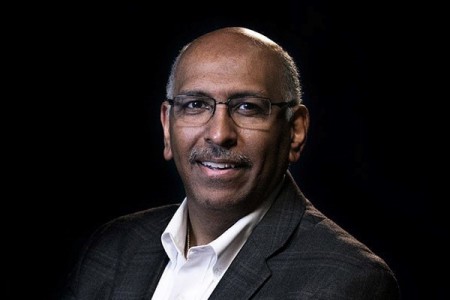 The 60-year-old, Michael Steele is an American former Republican Party politician who was the first African-American elected to statewide office in Maryland. Also, he was the first African-American to serve as the chairperson of the Republican National Committee (RNC) from 2009-2011. Another famous politician and broadcaster, Nigel Farage has a similar career trajectory.

Apart from his political career, Steele also made numerous appearances as a political pundit on Fox News and other media outlets. Since 2011, Steele has contributed as a regular columnist for the online magazine The Root and as a political analyst for MSNBC.

Married for over Three Decade

The former chairman of GOPAC, Michael Steele is a married man. He tied his wedding knot with his longtime girlfriend, Andrea Derritt Steele. Michael met his wife, while he was studying at the John Hopkins University in Baltimore around the late 1970s.

Michael and Andrea exchanged their wedding vows in 1985. They have been married for over three-decade. Till now they are not involved in any rumors and controversies. However, Michael hasn't shared his additional romantic encounters, so he seems to be committed to Andrea only.

An interesting fact is that Steele's wife is often confused with another famous activist, Andrea Dew Steele, who shares a similar name.

Michael and his wife, Andrea share two children from their marriage. Their first son named Michael II was born in 1988. Similarly, their second child, a son, Drew was born in 1991.

Michael has a strong faith in the Christian religion and regularly attends the Sunday service at St. mary's Catholic Church in Landover Hills. He raised his children in a strict and disciplined environment.

At the moment, Michael is living a happy married life with his wife and children. His wife who completed her M.B.A at the University of Pennsylvania's Wharton School of Business worked as a banker. She later put her career adjourned to stay at home and raise the couple's sons.

The first African-American elected to statewide office in Maryland, Michael Steele has a net worth of $700,000 as of 2019. During his tenure at Republic National Committee, Steele earned an annual salary of $223,500. He earns an extra income of around $37,000 as an MSNBC political commentator.

Around late 2009, Steele asked a speaking fee of $8,000 to $20,000 per appearance in inspirational speech shows. However, he regularly claimed that poverty had been a vital part of his life and didn't show his exact properties.

The primary source of his income comes from his political career and his additional ventures. He also gives inspirational speeches based on his personal story. While he was Maryland lieutenant governor, Michael earned additional incomes from colleges, trade associations, and other groups.

In 2018, Steele was named a faculty fellow at Brown University's Watson Institue for International and Public Affairs. Since then, he has been leading seminars. Currently, some of the renowned politicians who have higher earnings are Kamala Harris and Bernie Sanders.

Steele joined MSNBC as a regular political analyst after losing his chairmanship of the Republican National Committee in 2011. Also, he is a regular columnist for the online magazine The Root. On his appearance on political talk shows, Steele has been critical of President Donald Trump and his administration.

Michael was openly carping Trump during his 2016 presidential campaign. Also, in an interview of 2018, he expressed his belief that the President was racist because of his referral to El Salvador and Haiti as Shithole countries.

Apart from MSNBC, the former RNC chairman also hosts a podcast show where he moderates a barbershop style discussion about the key political and cultural issues.

How Michale Steele stepped into Politics?

Before entering into politics, Steele worked as a corporate securities associate for an international law firm based in Washington, D.C.

Michael became chairman of the Prince George's County Republican Central Committee after joining the Republican Party. In 1995, Michael was selected as the Republican Man of the Year. Also, he worked on several political campaigns.

First African-American to be elected in Major Positions

Steele embarked on his campaign for the RNC chairmanship by launching his website on November 24, 2008. Similarly, he won the championship of the RNC in the sixth round on January 30, 2009. He became the RNC's first African American chairman and was selected in the aftermath of President Obama's election.