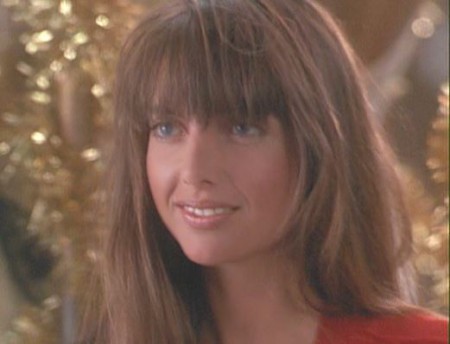 Nicolette Scorsese, best known for her raunchy performances in movies like National Lampoon's Christmas Vacation, garnered full attention in the 1990s. She was one of the sexiest actress of her time and had a shining career as a model and actress.

The 64-year-old former actress, performed in Girls in Prison, Aspen Extreme, NYPD Blue, Boxing Helena, etc. Further, Nicolette's affair with the actor Sean Penn also made significant headlines back then. So, what is she doing now? Is she married?

Is Nicolette Scorsese a married woman?

Nicolette is possibly single and is unmarried as of now. She has been in a few romantic relationship in the past, but all of her affairs didn't last long. Shockingly, the sex symbol of the 90s era is living a single life.

Nicolette was rumored to have tied the knot with a singer named Billy Duffy in the 1990s. However, neither Duffy nor Scorsese accepted the rumor of marriage, but they dated for a while. After Billy had a daughter Shilo Duffy many tabloids speculated that she was the daughter of Nicolette; however, it is never proven.

YouTube: See a clip from the movie, Christmas Vacation

After Nicolette ended her career in 2000, she broke up with Billy ending their romantic affair. Her present status is of a single woman as of 2019, and she is possibly enjoying her single life.

In the 90s, when Scorsese was finding her new fame, she fell in love with the prominent actor, Sean Penn. They appeared together at many award functions and were seen together at the First Annual International Rock Awards.

Despite both Penn and Scorsese were madly in love with each other, they couldn't make it further in their affair. For your information, Penn was previously married to singer Madonna from 1985-1989. She later had an interest in Spanish actor, Antonio Banderas.

During her initial days as a model, Nicolette began dating actor and model, Antonio Sabato Jr. At the time, Scorsese was pursuing her modeling career.

The additional information about Scorsese and Antonio's dating history is unavailable. Antonio, an American-Italian model/actor, has been married twice. But, he and Nicolette didn't tie the knot.

Nicolette also had a brief affair with musician, Jelly Bean Martinez. As per sources, their fling didn't last even a year. Their relation, however, grabbed some attention from the fans and the media.

Is Nicolette even related to Martin Scorsese?

Nicolette prefers to stay away from the limelight as she rarely makes any public appearances. But also the rumors about her husband always stay up in the front. She was rumored to be married to the director Martin Scorsese. But the news is entirely false.

Nicolette is nowhere related to Martin; they have the same surname. Martin has been married five times, but specifically not to Nicolette.

There is no doubt that Nicolette might have amassed a tremendous amount from her successful career in the 90s. However, the exact amount of her net worth is not available. She did numerous movies as an actress and was one of the famous personalities of her time.

Nicolette appeared in the 1989 Christmas comedy film National Lampoon's Christmas Vacation, which collected over $71 million at the box-office. At present, she is not active in the movie industry; hence, her net worth might be around $300,000 as per sources.