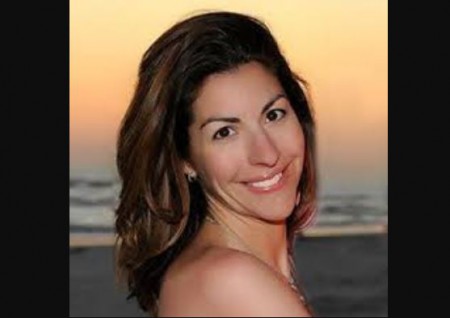 The primary aspect of a healthy relationship is trust and mutual respect. However, many people failed to continue their faith in a committed relationship and break their partners' trust. Among such individuals, we have Jesse Watters, who cheated on her then-wife, Noelle Watters for a young girl. And today we will discuss all topics related to the former couple who were once significant highlights.

Watters is known as the long term wife of Jesse Watters who is an American political commentator on the Fox News Channel. The couple was married for eight long years before Noelle filed for divorce in October 2017.

The reason behind her move was Jesse's unfaithfulness. However, some couples are a perfect example of trustworthy partners like Sheinelle Jones Husband Uche Ojeh.

Noelle Inguagiato Watters was born on May 5, 1976, in the United States. As of 2019, she is 43 years old, and her birth sign is Taurus. The details about her family background and educational history are unavailable.

Noelle's Sacrifice her Career for Family

Noelle was walking the path that leads to fame, but she abandoned it to build a family with her loving spouse. She was working with Fox News at its advertising and promotions department. Also, she hosted a web fashion show called Meg Style for a media outlet. It was during this time; she met Jesse.

After meeting for the first time, the couple realized how much was common between them. Both Noelle and Jesse were working for Fox, and they began dating each other. As of now, he is still working in journalism, while Noelle is staying passive.

While at Fox, Noelle and Jesse developed a strong bond and decided to take their romantic affair to the next stage. The couple became life partners sometime around in 2009.

After learning that Jesse had an affair with another woman, Noelle filed for divorce in October 2017. Their divorce became finalized on March 2019. They were married for eight long years.

Noelle Watters' former husband, Jesse Watters is a political commentator on the Fox News Channel. Also, he is the co-host of the roundtable series, The Five. Likewise, he is registered to vote as a member of New York's Conservative Party.

Noelle and her former spouse, Jesse became parents after two years of their marriage. The couple welcomed their twin girls, Ellie, and Sophie on November 4, 2011.

Following the arrival of her daughters, Noelle went on maternity leave but never returned to work.

Husband cheated with a Young Girl

Noelle and Jesse never got involved in any controversy until in 2017 when Noelle learned that her husband had an affair with another woman. As per the news, Jesse was seeing a 25-year-old, Emma DiGiovine, who was working as a producer on his show.

Shortly after Noelle filed for divorce, Jesse disclosed his relationship with Emma to the FOX. Afterward, Emma was transferred to another show. Now that the divorce has been finalized, he is openly dating his associate producer. The couple went on a Caribbean vacation together and even shared pictures on their social media pages.

It was believed that Noelle Watters had a blissful marriage with Jesse. However, his unfaithful behavior devastated Noelle, and she immediately wanted to separate with him.

Jesse and Noelle finalized their divorce after ten years of marriage on March 2019. The pair were due to appear in court for their first day of divorce trial in Suffolk County, New York but failed to show up.

Are there any divorce settlements?

The terms of their divorce settlement are confidential; however, Noelle did demand Jesse to pay for her legal fees. The former spouses have opted to keep the details of the settlement to themselves. For your information, Eve Chilton, ex-wife of Harvey Winston got a whopping $60 million as a divorce settlement.

Noelle Watters garners her net worth from her profession as a media personality. However, over the past few years, she has been working maintaining a low profile. Also, she has a few projects on the side.

Meanwhile, her former husband, Jesse Watters, has a net worth of $5 million. Likewise, his annual salary is over $300,000.