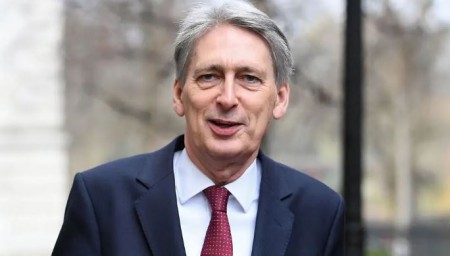 Who is Philip Hammond?

Today we are going to talk about the 63-year-old, Philip Hammond, a British Conservative politician who served as the  Chancellor of the Exchequer from 2016 to 2019 under Prime Minister Theresa May. Additionally, he served as the Member of Parliament (MEP) for Runnymede and Weybridge since 1997.

The 63-year-old, millionaire financier, Philip Hammond is a British Conservative politician who is the director of Castlemead Ltd and the medical equipment manufacturers Speywood Laboratories. He became a director of Speywood Medical Limited in 1981.

Philip Hammond was born on December 4, 1955, in Epping, Essex, England. As of 2019, Hammond is 63 years old, and his birth sign is Sagittarius. He studied at Shenfield School and then read Philosophy, Politics, and Economics at University College, Oxford. The Open Scholar student, Hammond graduated with a first-class honors degree.

At the beginning of his career, Hammond had many business interests including house building and property, manufacturing, healthcare, and oil and gas. From 1989, Hammond was the chairman of the Lewisham East Conservative Association for seven years.

Likewise, in parliament, he served on the Environment, Transport, and the Regions Select Committee. He became Secretary of State for Defence on October 14, 2011, and worked there until 2014.

In October 2017, Hammond referred to the European union's Brexit negotiators as "the enemy" but later expressed his regret for his choice of words.

On July 13, 2016, Prime Minister Theresa May appointed Hammond as the Chancellor of the Exchequer. In an interview on The Andrew Marr Show, he said he planned to give his resignation on July 24, 2019.

Talking about Philip Hammond's personal life, he is a married man. Also, he is the father of two daughters and a son. Well, Hammond has been married for over 28 years. The husband-wife duo is living a blissful life without any controversies.

One of the famous parliament members, Philip Hammond, married Susan Williams-Walker in 1991. The couple first met during an election campaign and when Susan was an election agent.

As of 2019, Hammond and his wife, Susan has been married for over 28 years. To date, the pair hasn't been involved in any controversies. Likewise, the couple has three children; Amy, Sophie, and William. The family resides in Send, Surrey, with another home in London.

As per reports, Hammond is the second richest serving MP with an estimated net worth of $10,035,365. The self-made millionaire, Mr. Hammond is said to have amassed his wealth from stakes in a 'health care and consultancy work.’ Well, he has a construction investment company called Chiswell in Moorgate.

An interesting fact, Philip Hammond's spring statement contained a patchwork of separate schemes to boost housebuilding, including $877,357,050 to unlock up to 37,000 homes in the Oxford-Cambridge arc, Cheshire and west London.

For your information, some of the wealthiest parliament members are Nigel Farage and Lembit Opik.

How much is Philip Hammond's salary?

According to a reliable source, Hammond is described as ‘the most overpaid public sector worker.’ Hammond's salary is $82,598 for being the Chancellor as well as $90,546 as his MP’s salary.

While he earns $164,653 from his job, his wealth comes from the housing developer Castlemead which he and friend Tony Gregson set up in 1984. As per sources, he has worth $5,996,840 shares in the company.

Further, Castlemead started building doctors' surgeries within its housing developments, driving turnover from $53,848 in 1994 to more than $12,238,250 a decade later.