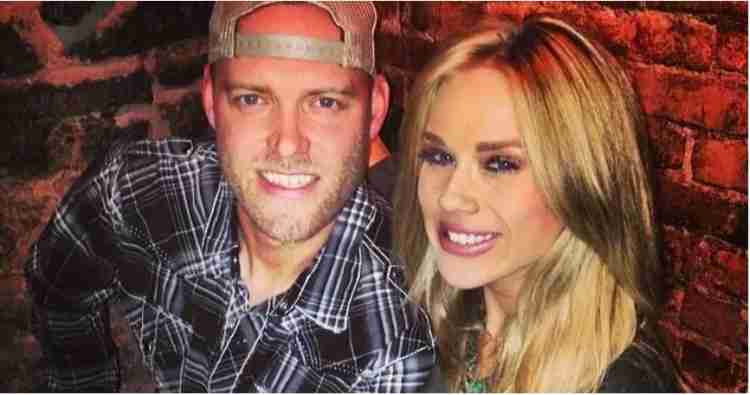 The Bradshaw Bunch star, Rachel Bradshaw, made an everlasting promise to never love again with a broken heart more than twice. There were a strong affection and compassion between her and her ex-boyfriend-turned fiance, Dustin Hughes, who allegedly did infidelity by loving another woman.

When it comes to Rachel, she would not be able to love again because her wounds are so deep that she can not heal quickly like peel knees. She is trying to overcome it because she can not see the stars when the sun goes down if tears would not go.

Is There Any Flame Rising in Rachel Bradsaw's Love Life? Does She Have a Boyfriend?

Former Nashville star Rachel Bradshaw is currently single, but it seems like she will be back with a new boyfriend in the coming days. During an episode of The Bradshaw Bunch, she and her sister Erin Bradshaw visited a command post, Marine Barracks of Washington, D.C., on 1st October 2020. They then met a handsome hunk, Dan, a U.S. marine officer, who became attracted to Rachel.

Soon after the first meeting, Dan messaged Rachel while she and her sister, Erin, were riding back home in their car. In the text, Dan joked by saying, "if she wants to get over her breakup, and spend some time with a bunch of Marines."

See how Rachel Bradshaw Gets a Text from Dan the Marine!

Before Rachel replies, he again sent another text; he said, "he is actually going to be in D.C. tonight." But, she did not know what to say and how to handle the situation. In the meantime, Erin took her phone and texted Dan that "she do not know how to chat up."

Since then, Rachel started feeling a connection with Dan and said that "he has got confidence, and she is feeling it, but she is also a lit bit scared of falling in love again." It seems like the duo's chemistry will get them a big surprise in the future. They are coming soon with another episode of The Bradshaw Bunch and Terry Bradshawand his fourth wife Tammy Bradshaw, Lacey Bradshaw, and Erin Bradshaw.

The Reason Why Rachel and Dustin Called-Off their Wedding...

The 33-year-old Rachel became romantically involved in a relationship with her former The Bradshaw Brunch co-star, Dustin Hughes, for a short time. The former couple met for the first time on the show starting in the Autumn of 2020.

The pair then decided to marry after getting engaged in the mid of September 2020. At that time, Rachel was very excited about her marriage with Dustin because they would be lifetime partners. However, they canceled their wedding when the two got into an argument on wedding dresses.

During that time, Hughes told her, "they will first plan for a traditional wedding and then, they will go to buy some wedding clothes." Meanwhile, Rachel wanted to buy the wedding dresses because she proclaimed herself as a non-traditional. The argument heated so severely that they ended their relationship shortly afterward.

Rachel Bradshaw's ex-fiance, Dustin, surprisingly announced a new family member with his mysterious girlfriend via an Instagram post on 8th October 2020. It was found that he was allegedly dating another woman when he was in a relationship with Rachel.

Take a Look at Rachel Bradshaw's Reaction over her Ex-fiance Impegrantes his Alleged Girlfriend and her Father, Terry Bradshaw Gone Made!

Following the excellent news on Dustin's bad day, he got into a severe controversy with Rachel. Moreover, the Bradshaw family, including Tammy Bradshaw, Erin Bradshaw Weiss, and her husband, Scott Weiss, also criticized him for his fake words of commitment. They also said that Hughes is not a man of his own words.

What is the Cause of Bradshaw's Husband, Rob Bironas' Death?

Wild Horse singer-songwriter Rachel has had some glorious moments with her late husband, Rob Bironas, a PFW Golden Toe Award-winning baseball placekicker. The duo spent two precious years in their lovable relationship after their first meeting in November 2012 at a breast cancer research program for charity.

The pair then united as husband and wife in a low-key wedding ceremony on 20th September 2014. Furthermore, the bridegroom was the best and well-dressed at their nuptial, where Rachel wore a white lace sleeveless ball gown. On the other side, Rob donned in a black tuxedo.

All the things were happily going after the newlyweds entered their new marital life. Unfortunately, their marriage did not succeed after Rob had a terrible car accident with his 2009 Yukon Denali on Battery Lane Highway in Nashville at 11 p.m. Later, some of his family members came and immediately admitted him to Vanderbilt University Medical Center, but he passed away literally a few minutes after.

The cause of Rachel's husband, Rob's death, was a high blood alcohol level of 0.218%, which is more than an average alcohol drinker. It was also found that he got injured with a physical trauma due to the car crash. At the age of 36, his family members and some close friends cremated his body and the funeral took place at Nashville, Tennessee-based cremation center on 20th September 2014.

Explore More Amusing Facts and Interesting Things of Your Favourite Celebrities Only at Married Celeb!!!