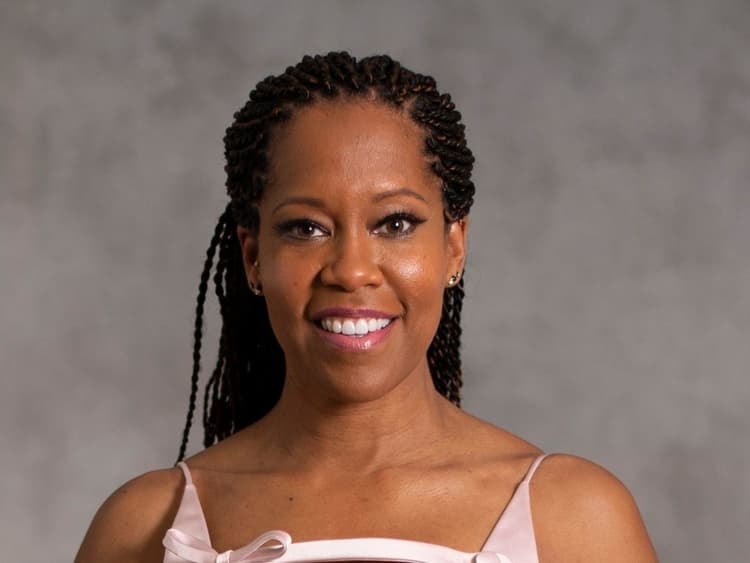 An Academy Award-winning actress, Regina Rene King, aka Regina King, is best known for her role in the NBC television series, 227. Likewise, many people praise her for her acting in other films such as Friday and Jerry Maguire. Not only an actor, but she is also a director by profession. Recently, she appeared in critically acclaimed TV series, Watchmen.

The prominent actress, Regina was born on 15 January 1971 in Los Angeles, California, the USA, under the birth sign, Capricorn. Moreover, she belongs to Afro-American ethnicity and holds an American nationality. Please read the article until the end and know about her personal life.

Previously, Regina King exchanged wedding vows with Ian Alexander Sr, vice-president of the now-defunct Warner Brosxader. The two tied the knot on 23 April 1997 in a very intimate marriage ceremony. The two first met somewhere around the 1990s but neither of them has disclosed the exact date of their meeting.

The two started dating and finally got hitched. She commented on her marriage that she never thought of getting married until she met Ian. They were living blissfully until 2007 when their relation crumbled down. The duo ended their marital relationship in 2007.

There was speculation of Alexander Sr. extramarital affair to be the cause of their divorce. Similarly, there were allegations of physical abuse and drug use leveled against Alexander.

Regina And Ian In Good Terms Because Of Their Son, Ian Alexander Jr.

Being together for ten years, not only they share a bond of husband and wife but also of a parent; the ex-couple shares a son together named Ian Alexander Jr. Their son was born before they were married. His birth date is 21 January 1996, and he is currently 23 years old.

Even though the two are now separated, they are in good terms as of now. She told Essence that not long after their divorce, the ex-pair attended their son's basketball game where they were sitting on the opposite side. Then she realized that on occasion like that, the parents should be together not miles apart.

So, she decided to talk to him even though she was pissed because of the messiness that had gone during their break-up. After the game finished, she reached out to him and said Ian Sr.,

"You know what? This is not good for Ian. Let's put this all behind us because it has nothing to do with how much we both love him."

Fortunately, Ian Sr. agreed, and they are friends as of now.

Dating And Relationships Of Regina King

After four years of her divorce, she dated Malcolm-Jamal Warner, who is a well-known American actor, director, producer, and musician by profession. The two started dating in 2011 but later broke up in March 2013.

On the other hand, Ian Alexander Sr. seems to be keeping his personal life a secret. However, back in an interview in 2015, he revealed that he was dating someone and mentioned her as 'a cool woman.'

Recently, Regina seems to enjoy her single life traveling, visiting new places, and focusing on her professional career. She often uploads pictures with her friends on her Instagram.

Net Worth Of Regina King

Regina has earned a lucrative amount of money from her successful career as an actress. King's net worth is around $12 Million as of 2020. She earns most of her money through her career and adds a decent amount of money to her luck as a director.

She has been active in the entertainment industry for over 20 years and contributed Hollywood with several box-offices hit movies such as The Big Band Theory, Boyz n the Hood, and Planes: Fire & Rescue. Some of the films that she played has earned millions worldwide.

Without a doubt, the actress must have boasted millions of dollars from these hit movies. Furthermore, she has also endorsed fashion lines such as Versace and Cadillac. Likewise, she has over 1.7 Million on her Instagram and earns through it from commercials and advertisements.

She also owns a house in Los Feliz where the average price of a house is around $1 Million. Surely, with all of her earnings and luck, she must be living a lavish lifestyle.

For Oscar 2020, she was nominated for Best Supporting Actress for her role in If Beale Street Could Talk and win it. That night, she ended up having sweet moments with fellow Oscar winner, Brad Pitt as they were seen emotional and affectionate in the backstage. Not to mention, there were multiple cheek kisses.

Journey Of Regina King From TV series, 227 To Watchmen

Regina started her professional acting career by appearing in 1985 TV series, 227, as Brenda Jenkins until 1990. Then after, she went on starring in several films such as Boyz n the Hood and Poetic Justice. To date, she has appeared in over 25+ movies.

Not only in films, but she has also starred in over 20+ TV series such as Women in Law, Southland, The Big Band Theory, American Crime alongside many famous actors and actresses such as Whitney Rice and Darren Le Gallo.

Recently, she appeared in a critically acclaimed TV series named Watchmen alongside Tom Mison and Don Johnson. In the series, she plays the role of Angela Abar.

Keep updated With Married Celeb To Know More About Actresses!!!