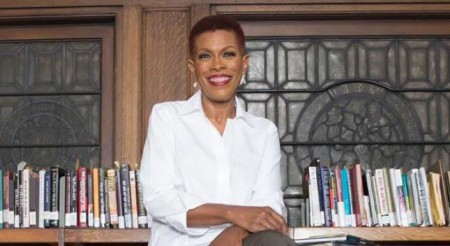 Working in a particular field helps to broaden your career, but working for the community makes you an essential figure in society. And today we will discuss Rochelle Riley, one of the top African-American female journalist.

Rochelle Riley is a former columnist at the Detroit Free Press from 2000 to 2019. She makes frequent television and radio appearances, including on National Public Radio and local television.

Rochelle Riley was born on January 29, 1959, in Tarboro, North Carolina to parents Joseph Gilbert Riley (father) and Marva Jeanne Pitt Riley (mother). As of 2019, her age is around 60 years old, and her birth sign is Aquarius. She attended the University of North Carolina at Chapel Hill and majored in journalism and English. Likewise, she completed a Knight-Wallace Fellowship at the University of Michigan.

She has won numerous national, state, and local honors including the 2017 Eugene C. Pulliam Editorial Fellowship, the 2011 Will Rogers Award, among others. She is a strong advocate for press freedom and serves on the National Association of Black Journalists Global Journalism Task Force.

Further, Riley received the 2018 Detroit SPJ Lifetime Achievement Award and is inducted into N.C. Media and Journalism Hall of Fame. Since May 2019, she has been working as the director of the arts and culture at the City of Detroit.

Around January 2019, Rochelle, an influential columnist along with seven newsroom staffers, volunteered to take buyouts as a part of a corporate cost-cutting initiative and left the free press.

The author of "The Burden: African Americans and the Enduring Impact of Slavery," Miss Riley has kept her personal life in the shadow. She rarely shares any information regarding her relationship and affairs. Hence, it is difficult to track down her private details. Further, let's know an interesting fact; she lost massive weight around 2016. Her weight loss was so phenomenal that Riley was almost unrecognizable.

Talking about Rochelle's marital status, it seems that she is currently living a single life. Neither there are records of her marriage. Hence, she is a single woman who doesn't like to depend on her husband.

Riley has a daughter named Therese (27) whom she adopted in 1992. During that time, Riley was working as the deputy managing editor of the Courier-Journal in Louisville, Kentucky. Besides, she doesn't have other children, and neither she dated anyone.

As of 2019, the former free press journalist, Miss Riley has a net worth of $1 million. The winner of 2009 Pulitzer Prize in Local Reporting, Miss Riley is one of the top-earning African-American journalists. Some of the other few reporters like Melanie Lawson and Lerato Mbele also earns decent earnings.

The most extended association of Miss Riley has been with the Detroit Free Press where she worked for 19 years. As per reports, free press pays its employees an average of $56,000 up to $200,000 per year. We can assume as a journalist, Riley might have earned over $58,000 annually.

Besides her reporting career, Riley has been an advocate in her column for improved race relations, literacy, community building, and children empowerment. In 1985, when she was with The Dallas Morning News, she founded the DFW/ABC Urban Journalism Workshop to train minority youth to be a journalist.

Likewise, she has spent years crusading for improved life for children, adult literacy, by helping to raise nearly $2 million for literacy causes in Michigan.

As the director for Arts and Culture community in Detroit city, Miss Riley's annual salary is $134,441 per year. Further, to support planning to integrate arts and culture into the City's planning, two foundations donated $125,000 in total.