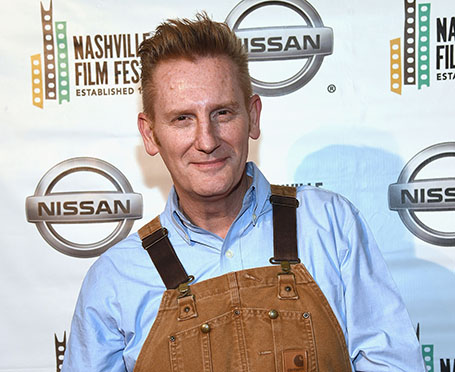 Rory Lee Feek is an American singer and songwriter who was once married to late singer Joey Martin aka Joey Feek. Rory and his late wife had formed a duo named Joey+Rory. Together, they performed live concerts until her death.

Rory was born on April 25, 1965, in Atchison, Kansas. He generally sings in the country genre and is known for his country hits. Even after Joey's demise, Rory can be seen wearing his wedding ring.

Rory married his longtime girlfriend Tamara Gilmer on August 3, 1985. Their wedding ceremony was private inviting close friends and family. Tamara and Rory were blessed with two kids in the duration of their marriage. Their daughters; Heidi Feek and Hopie Feek are both film producers as of now.

After seven years of blissful conjugal life, Rory and Tamara began having conflicts. Their separation was followed by divorce on March 25, 1992.

Rory and Joey met at songwriter's night and instantly became close friends. They walked down the aisle and were pronounced as husband and wife on June 15, 2002. The couple then began working together and even formed a duo band named Joey+Rory. After that, Rory and Joey gave numerous live performances.

For nearly twelve years, the pair decided not to have any children. So, their only child-a baby girl Indiana Boone Feek was born on February 17, 2014. Joey gave birth to Indiana at their home in Indiana surrounded by midwives, her sisters, and grandma. Indiana suffers from down syndrome since her birth.

Unfortunately, Joey took her last breath on March 4, 2016, and forever left her two-year-old girl and Rory. She was diagnosed with cervical cancer in May 2014. Later, she was declared cancer-free and didn't have to undergo treatment. But a year later, Joey began feeling ill and was confined to medical advice. After that, she went through several surgeries.

Rory began writing blogs about his wife's physical conditions and their best moments together in his blog THIS LIFE I LIVE. In February 2016, Joey said her last goodbyes to family, relatives, and friends and said told that she was ready to stop fighting. After that, she fell into a deep sleep for a week.

On March 4, 2016, Joey took her last breath and was buried in the family cemetery. But she lived to celebrate Indiana's second birthday, Valentine's Day, Christmas, New Year and the Grammy nomination for their song. She still wore her wedding ring when she was buried.

Rory's net worth is not less than $10 million. He owns a house on the historic farm of Tennessee. The property is spread in hundred acres of farmland. He has two horses, several other farm animals and owns a restaurant.

Rory is a former member of US marine corps where he served for nearly eight years. British singer and songwriter Leona Naess has similar earnings to Rory.

Rory's THIS LIFE I LIVE unfolds his own story:

Now, Rory publishes blogs regularly on his website THIS LIFE I LIVE. Most of his blogs are about moments in his life and the loss of his beloved wife. Rory is known to have taken a break from music and is focused on his kids and family.

Visit Marriedceleb and read about your favorite Hollywood celebrities!