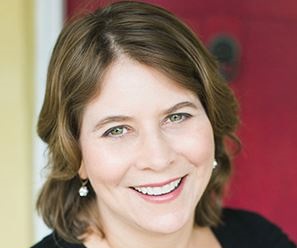 Rosa Brooks is one of the known names in the history of America. She is an author, journalist, and foreign policy expert by profession. Currently, she is also working as a law professor at Georgetown University Law Center. Rosa is the daughter of psychologist and author John Ehrenreich and Barbara Ehrenreich (Nickel and Dimed) who are one of the best-selling authors.

Being eligible in politics and law enforcement, she is a frequent commentator on foreign policy and politics. Previously, she served as columnist and contributing editor for Foreign Policy and as a weekly columnist for the Los Angeles Times. She is the founder of Georgetown Law's Program on Innovative Policing back in 2016 and also founded the Leadership Council for Women in National Security.

Rosa met Joseph Mouer back in 2011 at that time, Rosa was working for the different interim plan for the US government while Joseph was busy managing and training his troops in his camp. The pair chemistry grew so much stronger within their first visit.

Then after the pair started seeing each other almost every day and later realized they were actually dating. After dating for more than a year, the pair finally decided to get bound in a nuptial relationship.

The beautiful couple decided to walk down the aisle on June 15, 2012. The event took place in her backyard in Alexandria. It was a short and sweet wedding ceremony which is known to be one of the cheaper weddings.

All of the planning for the wedding took two weeks, where Rosa's mother Barbara handle the catering which was done by just calling a well-known restaurant, the Lebanese Taverna. The event was filled with the couple's family which were only sixteen in number. Rosa even insists that it was like a dinner party but the only difference was with a ring and someone to marry you.

Rosa who is currently happily married with his ex-Army Special force husband and was previously married to Peter Brooks. The exact date of their marriage and divorced is still missing. However, it is assumed that the pair get married back in 2000 and share their nuptial relationship for less than one decade.

Furthermore, the pair share two children from their unsuccessful nuptial relationship. Their older daughter, Anna Brooks is currently 17 years old and now planning to go to college this year while their second daughter Clara Brooks is now 14 years old.

The Net Worth of Rosa Brooks

Rosa has an estimated net worth of $10 Million, and other personalities like Kyle Eastwood and Boris Becker has an equal amount of net worth. However, her total fortune hasn't been officially confirmed yet, but it is sure that she holds a great amount of fortune. She has been engaged in various works and jobs throughout her wonderful career. Currently working as a law professor, she gets more than $200,000 annually as a remuneration.

While holding some of the top works in the US, she gets annually more than $700,000 as a salary and wages from different organizations. Furthermore, she is a well-known author and has also bagged quite a paycheque from books.

Her Publications and Husband's Wealth

Her 2016 book How Everything Became War and the Military Became Everything was selected by the Military Times as one of the ten best books of the year which price is $14 in the market.

Additionally, her husband is a retired army who annually gets more than $200,000 according to federalpay.org. He has an estimated net worth of $5 Million into his account. Currently, the family of four is living a happy and lavish lifestyle without a doubt.