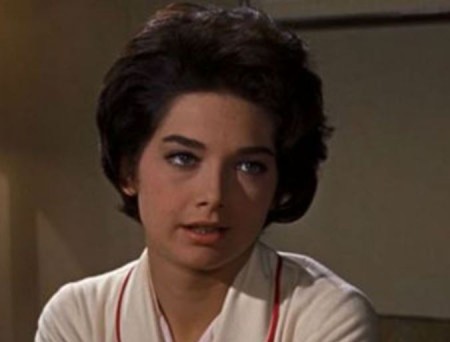 American actress, Roxanne Tunis is best known for her portrayal of a cashier in the action crime drama series, Blue City. She performed as the stunt woman in the Western television drama series, Rawhide, but she never received her credit for the work. Additionally, she featured as the dancer in the musical crime drama film, West Side Story.

Tunis was born on 13th April 1930, in Scranton, Pennsylvania, United States. She, furthermore, holds American citizenship and hails from white ethnic background/race. Aside from this, what's going in her personal life? Is she married to someone or not? Let's take a glimpse of Tunis' romantic affair in the following sections.

Blue City actress Roxanne had an illicit relationship with an actor, Clint Eastwood. During the second season of Rawhide, the duo locked eyes with each other. After their first introduction in 1959, the pair formed a bond with each other.

Shortly after, the two became lovers and started their dating life. Clint, however, was in a extra-marital affair with Tunis, but he was hiding his marital life from Tunis. Later, Eastwood asked his wife, Maggie Johnson for divorce, but she refused to give him a divorce.

A few months later, Clint found himself in the hospital bed after falling sick with hepatitis. Not a long time after that, Tunis and Clint decided to separate after dating for more than fifteen years. After the split up, Eastwood gave millions of dollars to Tunis over sixty years to be silent in the media.

During their relationship, Eastwood would send Tunis to Europe to learn the self-mediation course. After the separation, Roxanne moved away from Clint to Denver, Colorado, where she taught self-meditation courses.

Roxanne and Clint are blessed with an adorable child, Kimber Eastwood, who was born on 17th June 1964 in Los Angeles, California. Currently, their daughter is pursuing her love for the arts of acting as an actress and producer.

Their lovely child, Kimber, married three times in her life. Currently, she is living with her third husband, Shawn Midkiff. The two tied the knot on 18th October 2014, but they are yet to share children.

Kimber was previously married to her first husband, Anthony Gaddie, a gardener and ex-marine on 7th November 1983. Unfortunately, they divorced because of some misunderstandings. Nevertheless, they share a lovely son, Clinton Eastwood Gaddie on 21st February 1984.

After the divorce, Kimber found love again with Douglas McCartney. The couple got engaged after some years of dating. In 1990, the duo exchanged wedding vows in an intimate ceremony. Unfortunately, their marriage also ended because of irreconcilable differences as per the sources.

Roxanne's former boyfriend, Clint, was first married to a swimsuit model, Margaret Neville Johnson on 19th December 1953. At the time of their weddings, the bride was 22, and the groom was 23-years-old.

Eventually, their marriage ended after Johnson found about her husband's affairs with other women. She was mentally disturbed because of Clint's sexual relationship with other women. They decided to split up and divorced on 19th November 1984 after staying married for 31 years.

Twelve years after the divorce, Eastwood got married to a news reporter and TV anchor, Dina Ruiz on 31st March 1996. The pair, however, divorced on 22nd December 2014. But the reason for the separation is not disclosed as of now. Dina took the custody of their daughter, Morgan Eastwood (born on 12th December 1996), who's now an actress.

Other than that, Tunis' former partner, Clint, was involved in a romantic affair with an actress and director, Sondra Locke. But, their relationship didn't last long, and they separated after Locke found that Eastwood is involved in several sexual affairs with other ladies. She even filed a palimony lawsuit against Eastwood in 1989.

Eastwood also got involved in an intimate relationship with an actress, Frances Fisher during the decade of the 1990s. Frances is famous for her role in the movie Titanic. Fisher gave birth to their daughter, Francesca Eastwood (born in 1993), but shortly after the post-natal of their baby, they separated due to some reason.

Eastwood further began dating a restaurant hostess, Christina Sandera, who is 33 years younger than Clint. He was also linked with a relationship with the photographer, Erica Tomlinson-Fisher from 2012 to 2014.

American actress, Tunis maintains a handsome net worth of $150 Thousand as of 2019. She also earns a decent income from her profession. Similarly, in the United States, the average salary of an actor/actress receives $56,502, reported by Salary.com.

Check out the trailer of West Side Story

Tunis' former partner, Eastwood, also maintains a lucrative net value of $375 Million and lives in a lavish house located in Pebble Beach, California, which he purchased at $9.75 Million. His accommodation further consists of six bedrooms, six and a half bathrooms on 6,900 square feet.

If You're Fond Of Reading, Then Visit Married Celeb!!! For More Biographies & Articles