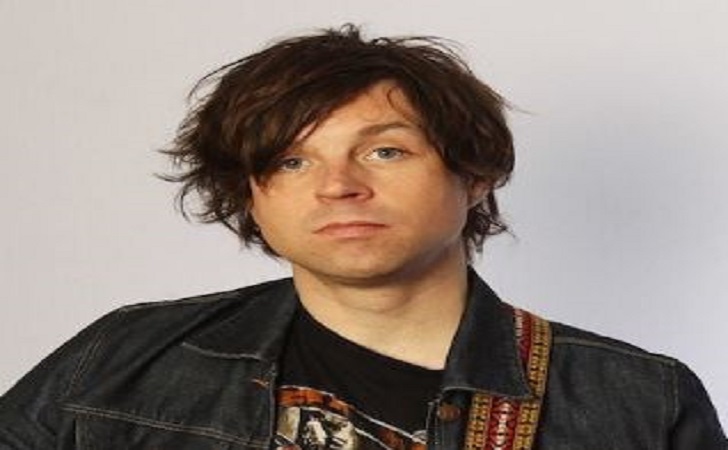 Who is Ryan Adams?

The 55th Annual Grammy Awards nominee, Ryan Adams is an American singer-songwriter. He is also famous as a multi-instrumentalist, record producer and poet. The former band member of Alternative rock band Whiskeytown is born on November 5, 1974, in Jacksonville, North Carolina, US.

He is best known for his solo career where he released 16 albums. His album, Heartbreaker was nominated for the Shortlist Music Prize. With the rock band, The cardinals he released five albums. He then announced that he is taking a break from the music and left the band, The Cardinals.

Later on, he resumed performing and released his thirteenth studio album, Ashes & Fire, on October 11, 2011. The following album stood at No. 7 on the Billboard 200. Adams released his fourteenth self-titled album, Ryan Adams on his PAX AM label in September 2014.

He has a collection of poems and short stories which includes Infinity Blues, a book of poems and Hello Sunshine. He also recorded experimental albums for his website, featuring unlikely forays into hip-hop and electronica. His more conventional Easy Tiger was released via Lost Highway in summer of 2007.

Moreover, Adams released the Happy Birthday song in 2009. In 2015 he announced that he is going release Taylor Swift's album 1989 into his version. In one month, he released 1989 album which became a huge hit and went into the top 10 positions in Billboard.

Undoubtedly, he is an excellent singer. More than that, he has received various awards during his time including, Q Awards. Adams has been even nominated for Grammy Awards and NME Awards USA for independent solo.

Personal Life: Is he married?

Ryan was raised with his older brother and younger sister by his parents. In his career, his name has been attached with numerous women. There are lots of dating records of Ryan. Let's find out with whom he was linked up?

Mandy Moore originally known as Amanda Leigh Moore is an American singer, song-Writer and actress. In the year 1999, she signed Epic Records and rose to fame with her first release debut album called Candy. Furthermore, it was ranked 41 on the Billboard Hot 100.

After the first meeting, Adams and Mandy began dating and eventually started being in a romantic bond in the year 2008. The love birds then got engaged in February 2009 and were married on March 10, 2009, in Savannah, Georgia. In 2015, Adams and Moore announced stating, they are splitting up, but officially they divorced on June 2016.

They both don't have any children from their nuptials. As of now, both are separated and focusing on their own line.

Before being in a romantic relationship with ex-spouse Mandy, Ryan has dated numerous high-profile personalities. In the early '2000s, Ryan reportedly hooked up with singer Leona Naess. The loving duo even got engaged; however, the pair parted their ways after being together for a short period of time.

In addition to his romantic encounters, Ryan has records of intimate relationship with women such as Beth Orton, Jessica Joffe, Parker Posey, and Catherine Popper.

In August 2015, Ryan Adams was controversially attached with the name Emily Rebecca Kinney. It was rumored that they both hooked up. As of now, Emily is in a relationship with, Paul McDonald. During his time he has been to various rumors and controversies.

Also, he has been in engaged romantically with model Megan Butterworth. The couple was first spotted in public at south By Southwest festival which was held in Austin, Texas in 2016.

The New York Times reported that several women including ex-wife Mandy Moore and Phoebe Bridgers said Adams offered to assist them with their music careers, then pursued the women sexually on February 13, 2019.

Net worth: How Rich Is He?

Being one of the greatest of all time, Ryan has collected and spent his fortune very wisely. The Q Awards winner Ryan has released 16 albums where all got massive hit which supposedly means that he has garnered quite a cash from his hits.

According to some sources, his annual income is around $2 Million and also during the past years, his net worth has hiked over 60%. The popular Rock band, Cardinals member, has estimated net worth of around $12 Million.

Additionally, during the divorce with her ex-wife Mandy Moore, Ryan paid her $425 Thousand as a divorce settlement.